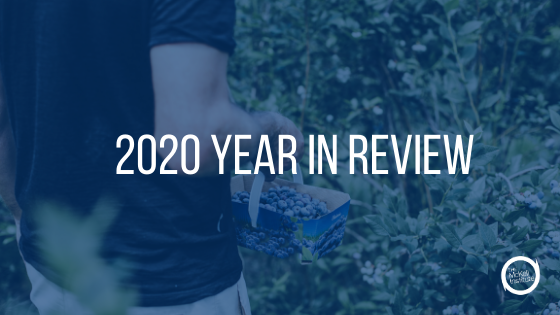 As the pandemic took hold this year, policymakers, governments and organisations like ours have been tested.

Once unimaginable policy interventions have become part of our daily lives, inexorably transforming our national debate.

Australia’s response hasn’t been perfect, but it has been world-leading. At the same time, COVID-19 has dispassionately exposed our blind spots – particularly the nexus between economic insecurity and public health.

McKell has worked hard in 2020 to provide productive analysis of the crisis while continuing to advance practical, progressive, evidence-based ideas for a fairer Australia beyond the pandemic.

COVID-19 may have exacerbated inequality, but it didn’t create it. We began the year arguing that the junior pay rates framework in Australia was out of step with comparable countries like New Zealand and Canada.  A few months later, the FWC changed the law to give juniors a fairer go at work, reflecting these criticisms.

In March, we released The Economic Benefits of Universal Superannuation, our first major contribution into the superannuation space for 2020.

And we followed up with a major report into Wage-Cutting Strategies in the Mining Sector, which found that insecure work was costing regional Australia over $800 million a year in lost economic activity. The report, launched by Anthony Albanese in Mackay, Queensland, has played a key role in shaping fairer outcomes for workers in the regions.

Then COVID-19 dominated our research efforts

As the pandemic grew, it demanded new responses from government and policy researchers.

Early into COVID-19, we released A Covid-19 Downturn and its Impact on Workers, warning of the unique vulnerability insecure workers faced as the first recession in my lifetime reared its head.

Governments globally took unprecedented steps to support their economies – measures we tracked for the first months of the pandemic.

When policy debate at home ramped up, we strongly argued that enabling early access to superannuation would radically undermine workers’ retirement security and the super system more broadly. We considered in detail the choices governments faced in addressing the rising inequality COVID-19 risked creating.

And in Australian Aviation After COVID-19, we highlighted the extent to which the Australian Government’s luke-warm support package for the aviation industry was risking Australian jobs.

The pandemic exposed fault-lines in our economy and society

The pandemic has exposed structural flaws in our economy and society. As we explained in Australia at a Crossroads, the COVID-19 recession has only expanded the divide between the haves and have-nots.

Perhaps the most alarming injustice, however, has been how frontline workers were poorly protected from the economic shock. Our proposal for a frontline worker tax rebate, released in June, argued that the 2.5 million workers on the frontline of the crisis deserved thanks for putting their health on the line to deliver our food, allow us to catch public transport, and shop for our families.

We also pushed hard for the implementation of a National Paid Pandemic Leave Scheme, which was largely adopted later in the year, and collated the evidence on mask-wearing as a reminder to follow the science.

As the pandemic extended into the new financial year, we convened key stakeholders across industry, government, academia and civil society to identity a safe and fair path towards reopening the state economies of Queensland and New South Wales. But a similar project for Victoria was put on ice as the state entered its virus-eliminating shutdown in August.

Victoria’s lockdown furthered that state’s economic divide. In The Impact of COVID-19 on Women and Work in Victoria, we explored the gender-inequities exacerbated by the state’s economic headwinds.

As the Government looked beyond COVID, we examined the impact of its planned JobKeeper drawdown. In Crossing the Fiscal Cliff, we identified the nearly $10 billion reduction in fiscal support in Q4, 2020 – drawing national attention in the process, and allowing every Australian to find out how their community would be affected.

We also explored one aspect of the COVID downturn that received scant attention: hunger. In Mapping Food Security, we worked to identify the drivers of food insecurity in Queensland, providing the evidence-base for policymakers to intervene where it would be most effective.

We highlighted how multiple jobs holders were most acutely impacted by the recession, and how the COVID recovery would be improved by a major reform to the way early-childhood care and education is delivered in the country.

But there was more to the year than COVID-19

Though the pandemic has captured our attention, the work of shaping progressive change continues.

We identified issues in Queensland’s energy space, explained how the Government’s HECS reforms were misguided, and argued why childcare must be made free for all Australians.

As 2020 drew to a close, we published Activating The Harbour City, a bold proposal to create an unbroken foreshore pathway between the Sydney Opera House and Parramatta. The proposal was backed by the NSW Government, who have committed $500,000 to investigating the idea.

And in Queensland, we launched Riding the Revolution, a roadmap to transform the state’s active transport network.

In our final major report for the year, we released Blue Harvest, an on-the-ground investigation into exploitation in New South Wales’ blueberry industry.

The report received national attention, including a front-page story in the Australian, and has inspired calls for a Royal Commission into labour exploitation on Australian farms.

We were also pleased to see our previous research resulting in real-world change.

2019’s Islands of Opportunity: Stepping up to the Pacific’s Energy Challenge  served as the catalyst for an international team to deliver a clean-energy solution in the Solomon Islands – helping change lives on a climate frontline, while creating Australian clean-tech jobs in the process.

McKell’s first ever policy recommendation – a detailed plan to substitute stamp duty for land tax back in 2011 – saw the light of day with the NSW Government’s 2020 budget adopting the proposal.

And there were significant reforms and reform-efforts aimed at ending wage theft in Queensland, Victoria and South Australia –  with legislative proposals in each state citing McKell’s work on the scourge as a justification for change.

More work to do to ensure a fairer recovery in 2021

It has been a busy year at McKell.

But we’ll continue to work hard in the new year to help shape a fairer, stronger COVID-19 recovery.