Many jobs, little support: Multiple Jobholders and the COVID-19 recession 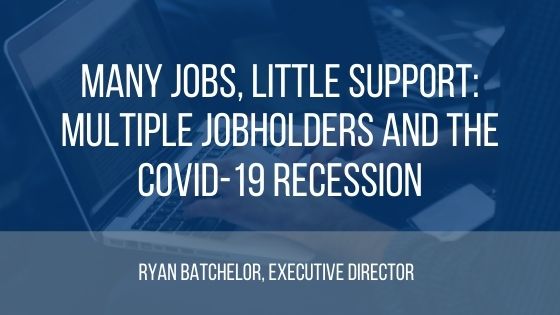 The pandemic has seen a dramatic decline in the number of secondary jobs held by Australian workers.

The overall jobs decline since the outbreak of COVID-19 has been precipitous. Total payroll jobs reached their lowest point in mid-April, with an 8.5% decline in the month since the pandemic’s outbreak in mid-March.[1]

However, there has been a stark difference in the job recovery.

In fact as the graph below shows, the recovery of secondary jobs peaked in early July but fell back 10% between July and October.

In their analysis of this data, the ABS make the following point:

While not all jobs in the Australian labour market are captured within [Single Touch Payroll] data, these data provide insight into the potential job retention dynamics of JobKeeper. JobKeeper only covers a single job for an eligible employee, supporting main jobs to a greater extent than secondary jobs.[2]

Given the role of JobKeeper in supporting primary employment, the trends being shown in the secondary job market may give a more accurate picture of the underlying state of the labour market and the economy more broadly.

JobKeeper provided the economy a lifeline

During the pandemic, the primary mechanism deployed to support Australians in work was the JobKeeper program.

The aims of JobKeeper were to support business and job survival, preserve employment relationships, and provide needed income support. However, a central design feature of the payment was that it was only provided to a main employer. As the ATO advises:[3]

If you have more than one job, you can only nominate one employer.

This meant that for Australians with more than one job, only their main employment relationship was preserved, and they only received income to support one job.

The Treasury’s Three-Month Review of the payment acknowledged the impact of the design of JobKeeper on multiple job holders noting that ‘it is likely that many of the individuals who have received an income increase in their JobKeeper job will have seen an income reduction from secondary jobs.’[4]

In September, the McKell Institute released its analysis of the JobKeeper program in the report Crossing the Fiscal Cliff: National, State and Local Impacts of the JobKeeper Extension and Reduction. That report found:

The JobKeeper program has been essential in enabling employers to retain staff in preparation for a return to a degree of economic normality once the worst of COVID-19 has subsided.

The report warned of implications of the JobKeeper reductions on employees and broader community.

Early indications from the ABS single touch payroll data collection shows that in the initial period following JobKeeper reduction, there was a 122,000 reduction all jobs across Australia.[5] Although it should be noted that these early numbers should be treated with caution until effects are clear when a trend emerges from further data.

While JobKeeper has been successful in supporting millions of Australian workers during the pandemic, a key design feature has meant Australians with more than one job have lost out, as the significant decline in secondary employment since March demonstrates.

As the overall JobKeeper program is scaled back from September, and ended in March 2021, it may be that the experience of the secondary job market will begin to be felt more broadly across the entire labour market.

Before the pandemic, in Australia there were around 2.1 million people who worked more than one job, either at the same time, or throughout the year. The multiple job holder rate (that is the proportion of workers with multiple jobs in comparison to the total number of people employed) increased from 14.4% in 2011-12 to 15.6% in 2016‑17. [6]

For multiple job holders, secondary jobs are far more likely to be casual or otherwise insecure. Only around 10 per cent of secondary jobs were classified as permanent.[7]

Secondary jobs are also for a shorter duration, and for those held for less than an entire year, the median duration was 22 weeks.[8]

Women make up 54% of multiple job holders, further evidence of the vulnerability women have to forms of insecure work across the economy.[9]

Around a quarter of all multiple job holders are under the age of 25.

In 2016-17, 73 per cent of multiple job holders held two jobs, 19 per cent held three jobs, and 8 per cent held four or more jobs either concurrently or throughout the year.

The more jobs people held during the year, the lower their median income. Women who work more than one job have a lower median income than men in similar circumstances.

Those already in less secure, or non-standard forms of employment, are more likely to be have a second job, and further Productivity Commission analysis suggests that that over 20 per cent of part time jobs are worked in conjunction with another job.[12]

Number of multiple job holders in Australia (pre-COVID) by region

Weekly hours of work by multiple and single job holders, 2006

Multiple job holders are most prevalent in healthcare and social assistance

The industries where multiple job holders are most common overall is health care and social assistance (302,700 people), followed by education and training (228,200) and then administrative and support services (227,100), accommodation and food services (212,900) and retail trade (210,400). These are the also the most common industries for women with multiple jobs.

For men, the top industries are administrative and support services and construction, followed by accommodation and food services, retail trade and professional, scientific and technical services.

By far the biggest single cohort who hold more than one job are women working in health care and social assistance.

This data reinforces our understanding the higher levels of non-standard and insecure employment in our health and social care sector, which the COVID-19 pandemic has laid bare. Policy makers need to consider ways to improve employment security among this large cohort of workers.

It is most common for second jobs to be the same industry as first jobs in health care and social assistance, education and training, and accommodation and food services.

However, there are several industries where it is more likely that a second job is in a different industry – namely wholesale trade, manufacturing and financial and insurance services. In all three of these industries, secondary jobs are most likely to be in administrative and support services.

For men, the ABS estimate around 114,000 working in construction have secondary jobs. Around 30% of these second jobs are also in construction, followed by administrative and support services (17%) and financial and insurance services (11%).

Most secondary job holders are working hard to keep afloat

Research on understanding the motivations for secondary employment is relative limited compared to many other aspects of labour market analysis.

There is Australian qualitative research that built upon on a 2009 Victorian Work and Life (VicWAL) survey to conduct a study of multiple job holders (see Bamberry and Campbell 2012). Follow up interviews in 2010 and 2011 found most had part time second jobs and some were cash-in-hand and thus without formal labour regulations. In terms of motivations, financial reasons featured strongly, and most took second jobs as part of a ‘strategy of hedging against income insecurity … They were not so much seeking extra income as seeking more stability in their income.’[14]

One respondent said ‘It’s dollars … dollars, you don’t do it for any other reason: Why would you?’[15]

Not all surveyed were motivated by financial reasons, others spoke of a more complex set of reasons and motivations, including enjoyment, skill development, variety and change, and could be driven by a desire to help out or provide assistance to a family or friend’s small business.

Structural issues in industry design driven by government policy or public administration may also be contributing, especially in social and community care. Another respondent in the 2010/2011 research described her employment across two separate community service organisations ‘You can be working 50 hours one week and 20 hours the next’ and that ‘There just wasn’t the availability of work at that time. They lost the big contract they had…’.[16]

Recent experience of the National Disability Insurance Scheme workforce corroborates this. A 2020 survey of the disability workforce undertaken by UNSW found that 14% currently worked for more than one employer, and a larger group (36%) had worked for two or more employers in the last 12 months (28% for two employers, 8% for three or more).[17] Interestingly, in 2014 an earlier a similar survey found just 11% currently worked for more than one employer. Also, interestingly the 2014 survey was done at a time when the NDIS was still being roll out. At the time those working under the NDIS were more likely to have more than one employer (12.8%) than those not working under the NDIS (8.8%).[18]

The COVID-19 pandemic has exposed many fault lines in our labour market, one of these is the millions of Australians who rely on multiple jobs to make ends meet. Secondary and multiple jobs are often associate with insecure employment arrangements and are prevalent in many industry sectors where these insecure arrangements flourish. The pandemic has laid bare the problems associated with insecure work as workplace settings remain a risk for coronavirus transmission.

The collapse of secondary employment during the COVID recession has left the millions who hold multiple jobs in precarious circumstances. Multiple job holders appear to have been forgotten in the design of immediate support provided. Therefore, as the economy moved from crisis to recovery, the rebuilding of the labour market must take account the needs of those who held multiple jobs and make sure they are supported with more, secure employment into the future.

Jobs in Australia, (2019, 1 August), at https://www.abs.gov.au/statistics/labour/earnings-and-work-hours/jobs-australia/latest-release

Weekly Payroll Jobs and Wages in Australia, (2020, September 19) at https://www.abs.gov.au/statistics/labour/earnings-and-work-hours/weekly-payroll-jobs-and-wages-australia/week-ending-19-september-2020 and (2020, October 20) at https://www.abs.gov.au/statistics/labour/earnings-and-work-hours/weekly-payroll-jobs-and-wages-australia/week-ending-3-october-2020 and (2020, November 4) at https://www.abs.gov.au/statistics/labour/earnings-and-work-hours/weekly-payroll-jobs-and-wages-australia/week-ending-17-october-2020

Campbell, I. (2018) On-call and related forms of casual work in New Zealand and Australia, International Labour Organisation, Geneva, at http://www.labourlawresearch.net/sites/default/files/papers/IainILO.pdf 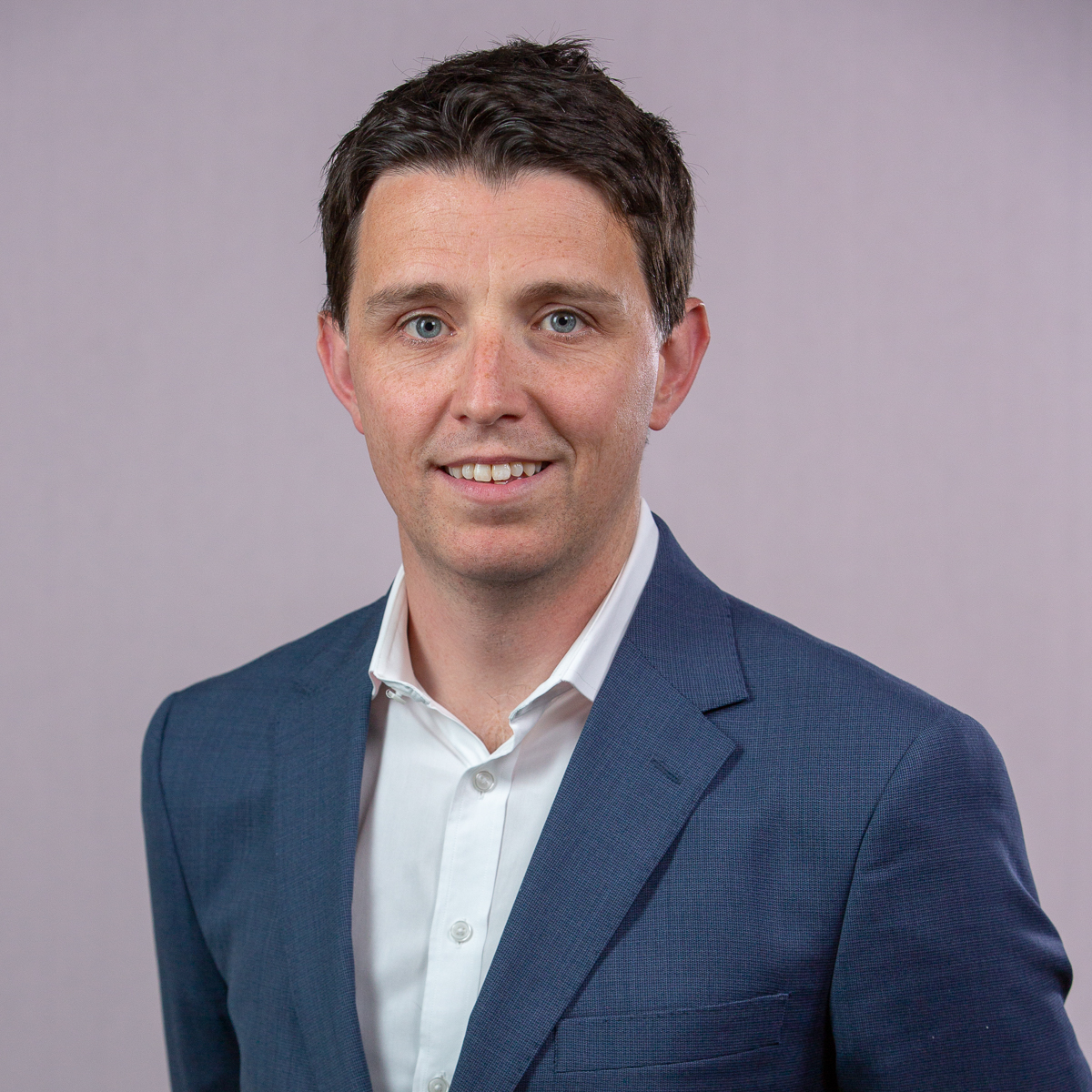