The Impact of COVID-19 on Women and Work in Victoria 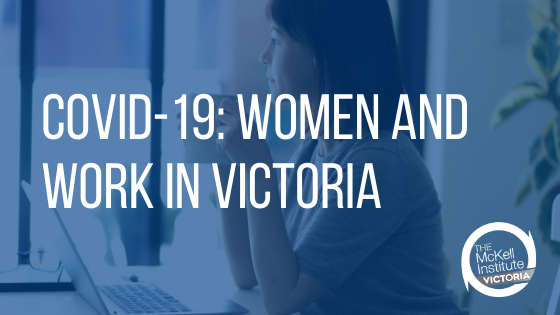 Women are the essential workers of our Covid-19 response

Women are at the frontline of our response to the coronavirus pandemic.

According to the Workplace Gender Equality Agency, nationally nearly 4 in 5 workers in health care and social assistance are women. That’s our nurses, midwives, doctors, pharmacists, allied health, aged care, social workers, and community welfare workers. All keeping us safe during this pandemic.

Women are also on the frontline of many other industries keeping us going through our social restrictions, such as in retail trade, and those doing essential functions in public administration working around the clock on our public health teams and in community support agencies.

Women are bearing the brunt of job losses

Many female dominated industries (other than healthcare), such as accommodation and food services, and arts and recreation, have been among the hardest hit by job losses during the pandemic.

Since March 2020, there has been a 7.1% decline in the number of Victorian women in jobs, as measured by the Australian Bureau of Statistics collection of weekly payroll data.

And it’s getting worse for Victorian women. In July, the rate of female job loss was almost five times the rate for men. This was before Melbourne’s second lockdown, which will likely accelerate this trend.

More Victorian women are unemployed than ever before

ABS monthly labour force data shows that we now have the highest number of Victorian women who are unemployed, ever.

Across Australia there are now three quarters of a million women receiving unemployment benefits – previously Newstart, now called JobSeeker – a number of that has more than doubled since December 2019.

Work for women is less secure and lower paid

Women are more likely to have casual or insecure work than their male colleagues. The ABS reports that 27% of female employees did not have paid leave entitlements, compared with 23% of men. The top industries for casual employment are accommodation and food services, retail trade, and health care and social assistance: all female dominated industries.

Even before the pandemic struck, women in work were going backwards.

Analysis of ABS labour force data by Clare O’Neil MP, released to the McKell Institute Victoria in late June 2020, shows that the number of underemployed women doubled between the Global Financial Crisis and before the coronavirus pandemic.

Latest analysis by WGEA based on ABS data shows that Australian women’s average weekly ordinary full-time earnings (across all industries and occupations) was $1,558.40 compared to $1,812.00 for men.

To their credit, the Morrison Government took early action to support jobs as the crisis hit. Policies never before contemplated by a conservative government were temporarily implemented, such as a broad-based wage subsidy – JobKeeper – and free childcare. However, a mix of poor policy design (the early access to superannuation program), and ill-considered decisions (cessation of free childcare and ending JobKeeper in early childhood centres; proposed HECS increases) have not been supportive of many women across our community.

The original design of the JobKeeper program excluded many casuals from its support, and as women are more likely than men to be employed on a casual basis were disproportionately affected. Many industries with high levels of female employment were excluded from JobKeeper, such as local government (55% female workforce in Victoria), and universities (58% female workforce, national).

According to the Commonwealth Treasury, in April 2020 47.1% of JobKeeper recipients were women, while they comprise 44% of the private sector labour market. WGEA estimates that women comprise 47% of all employed persons in Australia.

Changes to the original design of the JobKeeper program may increase negative effects on women.

The first industry to the removed from the Commonwealth’s JobKeeper program was childcare, and industry that is 95% female.

Rate reductions from late September 2020 will reduce the flat rate paid to part time employees, who are more likely to be female.

Early access to superannuation further compounds the impact on women

But the Morrison Government has let early access to superannuation do more heavy lifting to support consumer spending and economic stimulus than the traditional automatic stabilisers in the economy, such as unemployment benefits. The Reserve Bank of Australia noted in its last Statement on Monetary policy that early access contributed more to supporting household income than unemployment benefits and similar payments.

While there are short term benefits to sustaining household income during the crisis, there will be long term consequences, especially for women in their retirement.

As at 26 July 2020, the Commonwealth Treasury advised the Senate Select Committee on COVID-19 that 1,157,300 women had made an application to access their superannuation early. In addition, 1,478,600 men had also made an application.

They found that members aged between 18-24 had virtually drained their accounts, leaving a median account balance of just $1049, a median decrease of around 78%.

Around 62% of female HESTA members who claimed early access applied for the full amount.

Analysis by economists at AlphaBeta showed that a 20-year-old who accesses the full $20,000 (over the two financial years) could forgo more than $120,000 at retirement.

According to the ABS, the median superannuation balance for women approaching retirement is currently just $118,000.

Policies that make access to superannuation easier will have negative effects on women’s financial security in retirement.

Pressure is increasing on households

A quarter of women are financially stressed.

23.6% of women surveyed by the Melbourne Institute said they were stressed by current financial conditions in terms of paying for essential goods and services.

The Melbourne Institute found 50.7% of women spent less than pre-pandemic levels, compared to 40.2% of men.

According to the Australian Institute of Family Studies (AIFS) the proportion of people always working from home rose from 7% before COVID-19 to 60% during the pandemic.

For parents, it was 60% of mothers and 41% of fathers who always worked from home.

While parents worked from home, 40% always or often ‘actively’ cared for children during work.

The AIFS study found minimal impact of working from home on the gendered nature of care in the home: the only noticeable change was that equal sharing increased for parents of children under 3 years old.

But still only around 10% of fathers took the primary carer role.

Surveys by the Melbourne Institute shows that people with children living at home are more likely to be vulnerable to financial stress and/or mental distress.

The Melbourne Institute survey also showed that around 47% of women reported feeling depressed or anxious during the last week – 30% some of the time; 17% most of the time.

The future is not bright

During the 1990s recession one of the impacts of increasing unemployment was a retreat into education for young Australians.

Modelling of the effects of the 1990s recession by the National Centre for Vocational Education Research (NCVER) showed that young people respond to deteriorating economic conditions by ‘retreating’ into full time education. In that recession, for those over 18 years of age the modelling showed that a one-point increase in the unemployment rate was associated with a 1.3 percentage point increase in full time post school education.

When times are tough, young people head into education, which has positive short- and long-term effects. Yet current Commonwealth Government policy is making it more expensive to attend university for thousands of prospective students. This is not sensible policy for a nation in recession.

Higher education debt is a burden that women will carry for longer. Current changes to student contribution amounts for university courses proposed by the Morrison Government mean that many women will graduate from higher education with more debt, and already face lower starting salaries, assuming work is available. The median starting salary for female graduates is $3,000 a year lower (or nearly 5%) than for male graduates.

More support for childcare and early childhood education is needed

A national survey by The Parenthood, a leading national advocacy group for parents, showed that the withdrawal of support for the early childhood sector, including the removal of free childcare, could have a serious negative effect on workforce participation.

A third of parents (32%) surveyed will need to reduce days or remove their children altogether if their childcare fees return to pre-COVID levels. This increases nearly two thirds (63%) among parents who have already lost income as a result of the pandemic.

Access to childcare is a key enabler of women’s workforce participation. Any recovery must be built from the foundation of maximising all women’s ability to work, and this needs to include accessible and affordable childcare and early childhood education for children.

The lack of universal Paid Pandemic Leave has left many women vulnerable to the financial pressures of working while exposed to Covid-19. This has not only impacted their health, but the health of their colleagues and the wider community.

Analysis by the McKell Institute shows that the cost of implementing paid pandemic leave would be a fraction of the cost of COVID-19 to the Australian economy.

The COVID-19 recession is hurting women.

Unlike the 1990s recession, women are losing work at a faster rate than men. Women entered this pandemic facing more precarious employment with higher rates of casual employment, lower pay, and higher levels of underemployment.

Women across the labour market are being affected, and few appear to be immune.

Women working on the frontline and in essential roles across a range of industries are facing the daily pressure of working through a dangerous pandemic and managing increasingly complex daily lives through social restrictions.

Women who are able to work from home are seeing increased stresses from working, living and caring in their homes, all day, every day.

Women who have lost work – entirely or partially – are facing increasing economic stress and the uncertainty of a deteriorating employment outlook.

These pressures compound on all women, and manifest in a range of ways.

The personal and community impacts are significant and will only get worse the longer the economic downturn continues. These impacts are being compounded in by policy action in the short term, such as JobKeeper program design choices and the decision to end free childcare, and for the long term, such as early access to superannuation which may leave more women in poverty in their retirement.

A program of comprehensive government support is required for our recovery that will create and sustain jobs over the medium to long term and the design of that support must take account of the particular impacts this crisis is having on women. 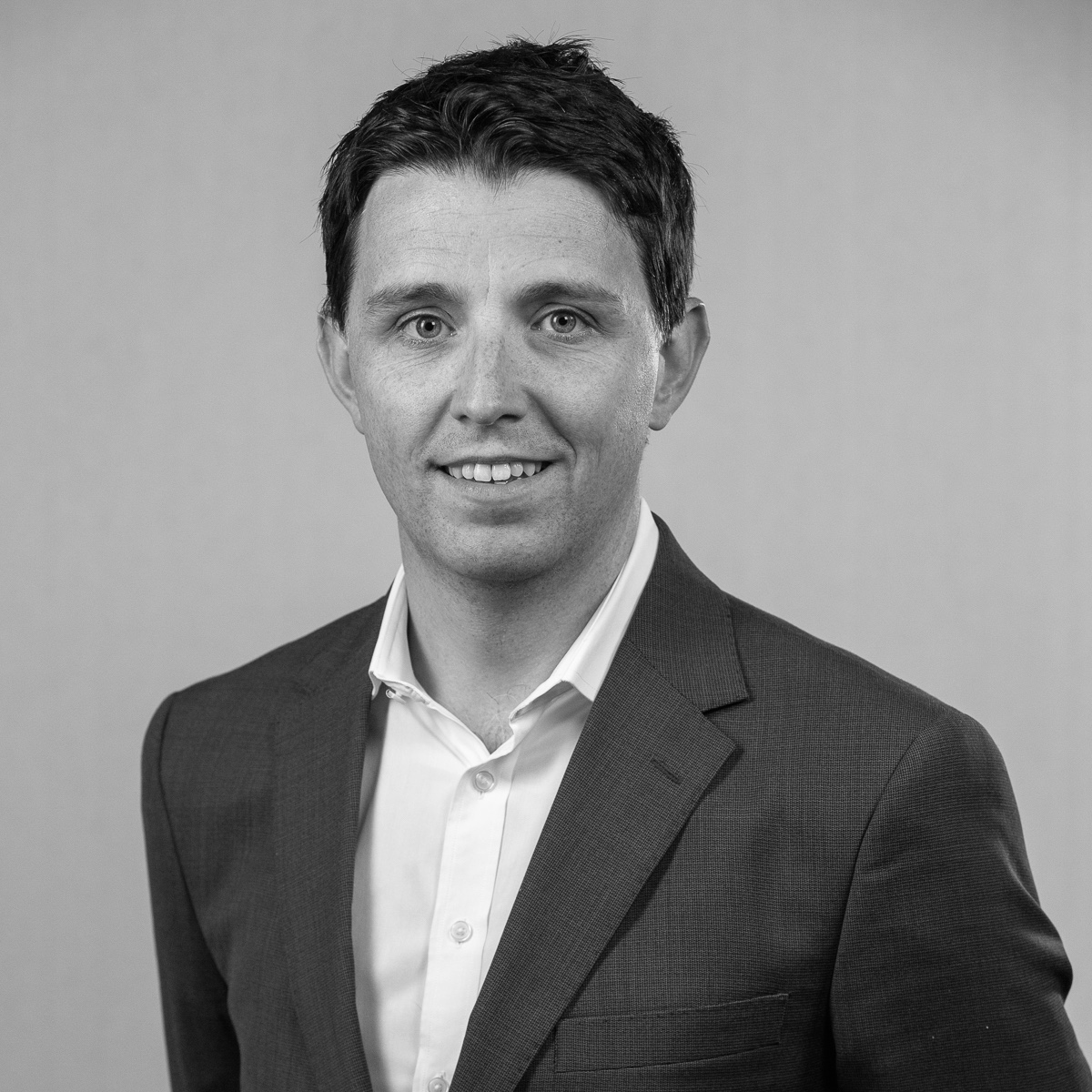