Home We’re failing the people NDIS was designed to support

We’re failing the people NDIS was designed to support 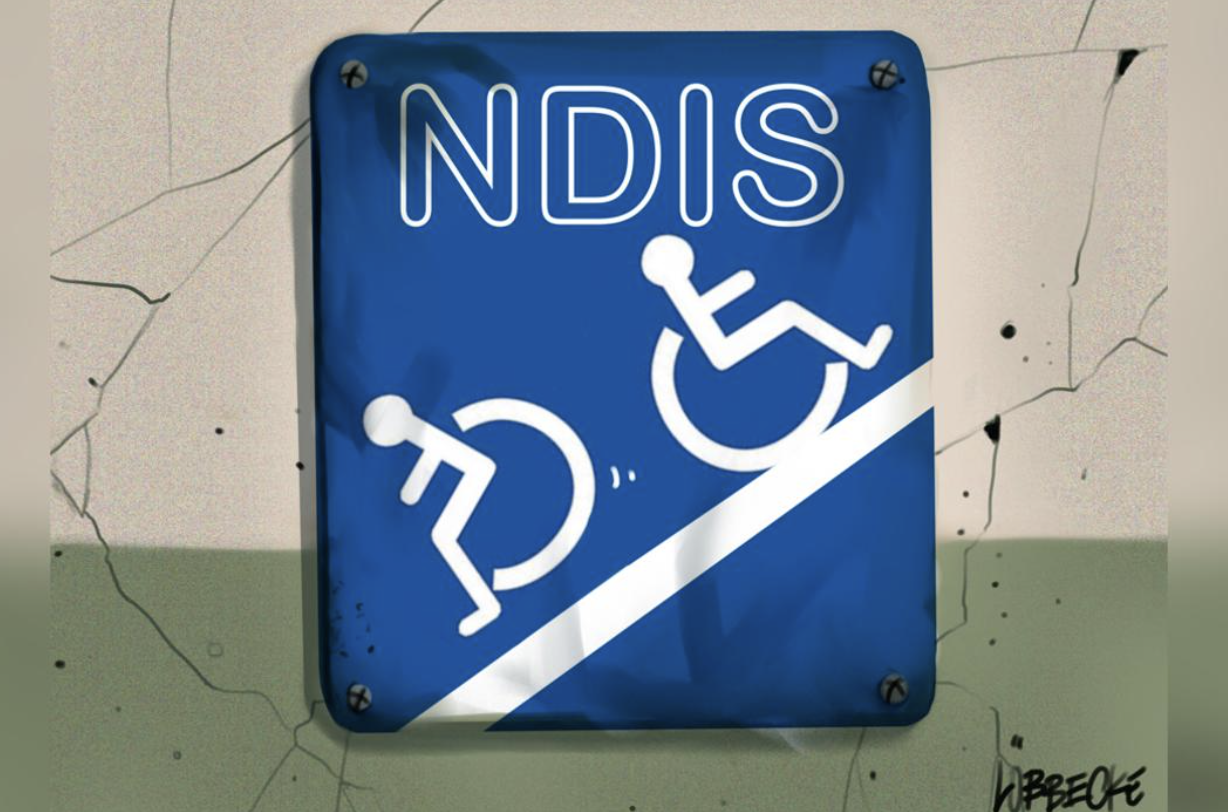 Ten-year-old Jordan Weir and his seven-year-old brother Logan can’t eat. They were deeply unlucky to be born with X-linked chronic intestinal pseudo-obstruction, a rare genetic condition that makes it impossible for them to absorb nutrients from food.

When the National Disability Insurance Scheme was launched the Weir family, from Raymond Terrace in the Hunter region of NSW, thought the boys had finally caught a long overdue break. It turns out they were heartbreakingly wrong.

All their lives Jordan and Logan have had to receive their nutrients through a tube directed straight into their bloodstream. They are incontinent because of their disease, requiring changing up to 20 times a day. Understandably, Jordan and Logan struggle to manage their condition. They need speech pathology, physiotherapy and treatment for associated behavioural problems.

These services are not covered by Medicare and therefore require serious additional resources that their family struggles to fund and co-ordinate.

The NDIS was supposed to help people such as Jordan and Logan live their best lives. Yet the brothers don’t qualify for issues related to their rare disease under the NDIS because their condition has an “underlying medical cause”.

Now if you think the presence of an underlying medical cause is a strange reason to invalidate someone from the NDIS, you wouldn’t be alone. The reason for this odd carve-out is, of course, political.

At the inception of the NDIS, the then Labor government was worried expanding disability services would give the states an opportunity to shift the cost of health services to the commonwealth. So the new scheme was explicitly designed to cover supports for daily living, but not medical expenses.

The problem is that for many participants, particularly those with rare diseases, the line between health and disability ser­vices is blurred to the point of meaninglessness.

That blurred line leaves people such as Jordan and Logan stranded in no man’s land. The NDIS defines their speech pathology, physio and behaviour support as non-eligible medical expenses, while the state of NSW simultaneously washes its hands of them.

Now, admittedly, people with rare diseases have always occupied tricky territory. The health and disability care system is focused on dealing with diseases and conditions that affect a large number of patients. A rare disease, which by definition affects no more than one in 2000 people, doesn’t fit the bill.

A national survey of Australians’ rare diseases and their carers reveals 30 per cent of people receiving disability services under the NDIS have suffered a deterioration in services under the scheme. That’s a terrible outcome for a $22bn reform that was meant to upgrade the lives of people with a disability.

It’s unsustainable and it’s wrong to tell the likes of Jordan and Logan that it’s bad luck and to simply put up with it. So what needs to change? The answer, in a word, is integration.

As it stands, individuals are forced to navigate multiple systems and levels of governments to have all their disability, health, education and other care needs met. People end up with multiple plans that are not integrated.

This leads to a huge administrative load on families and makes it easy for people to fall through the cracks.

The only way to truly cater to the unique and complex needs of those with rare diseases is to ensure their care is individually customised. Instead of drawing artificial borders between health and social care services, we need to build a system that considers itself as a whole and manages individuals fluidly across everything.

Arguably, the single most important reform worth introducing in this area is personal care plans — integrated strategies calibrated at an individual level to cover health, education and disability care needs.

These integrated care plans would explicitly allocate responsibility for the delivery of services to specific levels of government, leaving no space for vital services to escape into the void.

To Australians for whom the phrase “fragmented health system” has become almost a cliche, such an integrated system sounds like a pipe dream, but it shouldn’t.

Other countries — Britain, Germany and Sweden, for example — all have personal care plans. So there’s plenty of scope for us to learn from their experience.

Yes, it would require some additional funding but we could always adjust the huge underspends in the NDIS that are propping up the federal government’s projected budget surplus.