Why Australia is the world’s most successful multicultural society 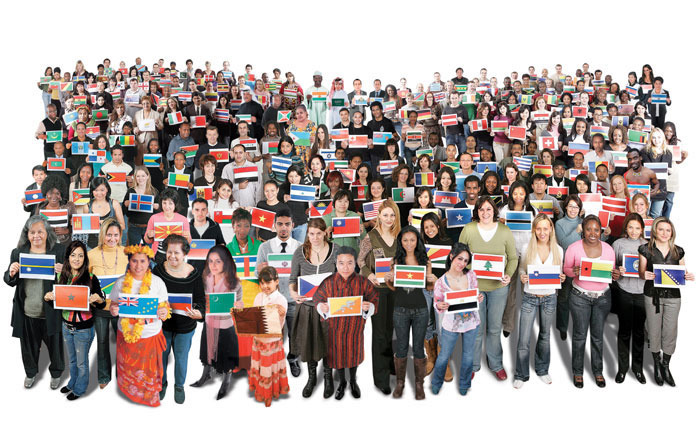 The path to a multicultural Australia

Over the past century, one of the most defining trends has been globalization and the increasing migration associated with it. Multiculturalism has become a defining feature in many of the world’s economies with Canada, the United Kingdom, the United States and South Africa examples of nations that have embraced a strong immigrant receiving tradition. Similarly, Australia has a robust tradition as a country built upon migration that continues to this day. In  2016-17, Australia demonstrated a net overseas migration gain of 262,500 persons, a rise of 27.3 percent compared to 2015-16.

In practice, empirical research suggests that multiculturalism is related to “immigrant assimilation, integration and adaptation, which impacts immigrants’ success in their adopted countries”. Evidence indicates that as a nation, Australia has truly embraced multiculturalism following an approach of integration between the different ethnicities and cultural groups where the dominant and minority groups are expected to respect each other’s cultures.

For much of Australia’s early history, its immigration policy was hampered by a racist view of the world that limited immigration to those who qualified under the White Australia Policy. It wasn’t until the 1970s that Australia began embracing the virtues of a multicultural immigration policy – a largely bi-partisan policy that has enabled Australia’s economy to become one of the world’s strongest, and its society to become one of the world’s most peaceful. Although there have been times in history where policies and incidents have not always fostered an open-minded approach to multiculturalism, today, Australia has made significant strides in creating an environment where immigrants from countries around the world can truly attain comfortable and satisfying living standards in the melting pot of Australian culture.

In 2016, the Scanlon Foundation’s ninth ‘Mapping Social Cohesion’ survey came out and among other findings, it noted that 91 percent of the respondents indicated a ‘sense of belonging in Australia’ to a great or moderate extent with 89 percent of the diverse respondents agreeing that they ‘take pride in the Australian way of life and culture’.

The success and acceptance of Australia’s genuine multiculturalism has relied on immigration being accepted as a nation-building project which has underpinned the cultural generosity and diversity that characterises Australia’s society and economy.

On a range of measures,  Australia is a multicultural success story. On educational attainment, studies show that children of immigrants in Australia attain better average results than children of native-born Australians. This is significant because according to research conducted by the OECD, the successful integration of immigrant students is an important indicator of a country’s success in its education system and equity and broader socially cohesive policies . A country that has positive outcomes in this sector shows that immigrants and their children have opportunities to grow and thrive and the variance in performance gaps between immigrant and non-immigrant students across countries, even after socio-economic status is adjusted for, illustrates the role that proactive education policy can play in a nation.

The success in educational performance is mirrored in the broader economy of Australia as it attracts a significant proportion of skilled migrants annually who have a high labour market participation rate. In the years between 2016-17, skilled migrants accounted for 67.3 percent of the total migration program outcome that year. The net effect of a multiculturalism policy for Australia has been a brain gain for Australia and this is expected to continue growing .

In general, economic migration in Australia has been managed relatively successfully compared to other developed democracies . There have not been significant social and political upheavals and anti-immigration rhetoric has generally not been able to gain a successful footing in Australian public discourse.

In 2015, an estimated 28 percent of the Australian population was born overseas, the highest proportion since the end of the nineteenth century. This ranks Australia first among the rest of the OECD nations with populations over ten million. There is substantial evidence that Australia and Canada consistently rank as countries most receptive to immigration.

A survey conducted by Gallup World Poll between 2012-14 indicates that out of 142 countries, support for immigration was highest in the Oceania region (Australia and New Zealand), 69 percent followed by Northern America at 57 percent.

Since 2013, the Social Cohesion surveys conducted by the Scanlon Foundation have found a consistently positive attitude towards immigration among its respondents with 83-86 percent of responses indicating that multiculturalism has been good for Australia.

Migrants currently account for just over 50 percent of Australia’s population growth. For the three decades of rising labour force participation leading to the early 2010s, there was a decline in labour participation with a significant cohort of the baby boomers reaching retirement. However, in this time, Australia’s intake of skilled migrants and the broader cohort of migrants, have aided in filling this gap and thereby curbing the inevitable ageing of the population in Australia by boosting the labour force.

Most immigration to Australia has resulted with a permanent move and citizenship in this country with close to 80 percent of immigrants with more than 10 years of residence choosing to take up Australian citizenship.

The most recent data available on citizenship shows the high rate of citizenship in Australia in the last year for immigrants compared to the rest of the OECD nations and the trend in citizenship conferrals in the past two decades.

The benefits of multiculturalism in Australia

Research indicates that immigrants have played a vital role in generating business activity and driving economic growth in Australia leading to greater diversity in the labour force and positive benefits to the broader economy . The positive effects of economic migration are clearly pronounced among skilled migrants and have shown positive outcomes in four key areas: population, fiscal impact, productivity and innovation and immigrants’ employment and labour market outcomes.

These positive outcomes are especially pronounced in rural and regional areas which have historically faced severe challenges in ‘attracting and retaining workers to address labour market shortfalls ’.

Analysis conducted by the Treasury in the beginning of the year indicates that the migrant intake from 2014-15 alone would provide a $10 billion boost to the budget over the next five decades and this is just a small indication of the far-reaching economic benefits that migration has injected into Australia’s fiscal position.

The research further stated that migrants lift the economy, and give it a boost by up to one percent a year. The average migrant arriving since 1996 performed better than Australian-born employees, with positive spill-over effects on GDP and the living standards of all Australians.

Migrants actively contribute to growing the population of Australia and increasing consumption levels which result in increased GDP and economic growth. Additionally, migrants attract capital inflows from their country of origin into Australia with research indicating that in OECD countries, a 1 percent increase in the number of migrants can lead to an approximately 0.15 percent increase in capital inflows .

Further, higher levels of migration also show a positive correlation with lower spending per capita by the government on social services since migrants are predominantly of working age and therefore are more likely to contribute towards tax revenue than be dependent on social services. In the absence of migration, Australia’s workforce would be shrinking rapidly by 2020 affecting GDP and per capita growth significantly.

Empirical evidence estimates that migrants accounted for increased levels of labour productivity growth and knowledge sharing in Australia, in the years leading to the global financial crisis. The geographic mobility of labour helps to increase the spread of knowledge and diverse experiences among countries which lead to advancements in technology and innovation .

The increasing number of international students that Australia hosts for higher education have more than doubled in real terms over the past two decades and in 2016, education was Australia’s third largest export industry at $28.0 billion accounting for 7.5 percent of total exports . This is a vital contribution to Aggregate Demand and the levels of GDP production and economic growth in this nation.

Lifetime fiscal benefits of migrants to the economy

Analysis conducted by the Productivity Commission and Deloitte Access Economics illustrate the impact of one year’s migration intake, on the Commonwealth Budget in 2014-15 and extend it to the positive lifetime impact on the Australian economy. This would only multiply exponentially with the annual intake of migrants.

Migrants contribute significantly to the tax revenue of the government. They usually arrive in Australia at a time when their taxable income is at its highest and their use of government services like health, education and aged care is at its lowest.

According to the ABS , migrant taxpayers contributed $84 billion in total personal income in a year.

This contributes directly to income tax revenue, GST and other types of state taxes.

Australia: the most successful multicultural nation in the world

The history of immigration and the multicultural policy in Australia has been a long journey of facilitating an environment where migrants can fully participate and add value to the economy.

Research clearly indicates the positive economic and social benefits of migration to society as it improves economic growth and strengthens the Government’s fiscal position through tax revenue and increased participation in the workforce .

Further, the changing demographic composition of Australia is largely indicative of the inevitable effects of an ageing population and migration allows the economy and society time to adjust and increase labour force participation rate, in order to sustain economic growth levels and provide for a society where the proportion of people working and delivering income tax revenue, is less than the number of people dependent on government social services.

It is also necessary that current economic and social policies address the growing needs of migrants in that they receive adequate social assistance and are successfully integrated into their respective communities in order to help better alleviate the stresses of migration and working in a new culture.

The Australia we currently live in has been shaped by decades of successive waves of migration and helped to strengthen the cultural, economic and ethnic diversity of our nation. Australian multiculturalism has always been a nation-building endeavour that has strengthened the national identity and has been committed to preserving and fostering the national identity and democracy of this nation. This significant cornerstone of the Australian economy must be preserved and nurtured in order to best provide for successful future generations. 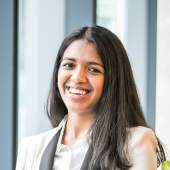