Home Articles The Government’s pledge on wages can’t be trusted. Here’s why.

The Government’s pledge on wages can’t be trusted. Here’s why. 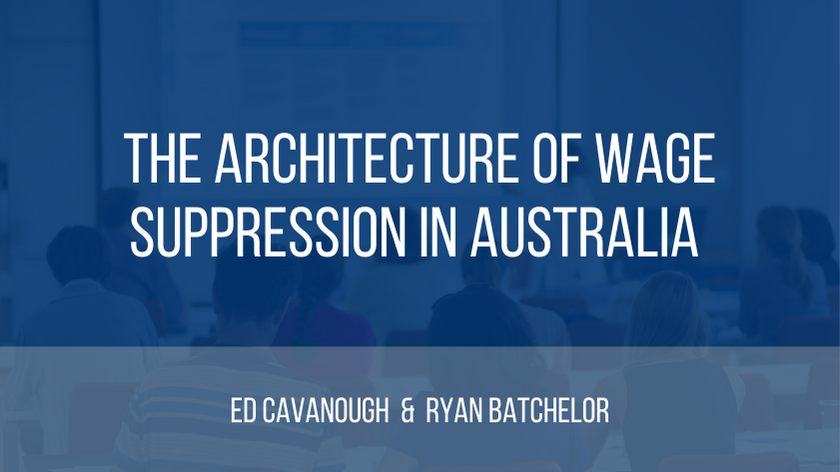 Everything is uncertain – except wages growth?

In Josh Frydenberg’s budget address Tuesday night, the treasurer highlighted the unpredictability of the world we’re living in.

The global pandemic is not over, he said. Russia’s unjustified aggression in Ukraine has sent shockwaves through the global economy and disrupted the global order, he warned.

“We live in uncertain times”, he emphatically declared.

It is curious, then, given this prevailing uncertainty, that there was one thing the treasurer felt confident in predicting: a return to wages growth.

“The budget will see unemployment go even lower, delivering more jobs and higher wages”, he claimed.

It was a pledge plucked from rosy forecasts within the budget papers themselves.

The problem with Frydenberg’s assertion is that, in each and every budget since the Coalition assumed office, predictions of wage growth have failed to materialise. And this is in large part due to active policy choices the Coalition Government has made since assuming office in 2013.

Why is the Treasurer so confident wages will rise?

The entire premise of the Treasurer’s prediction appears to be that unemployment – already at the lowest rate since 2007 – will fall even further, to 3.75 per cent.

Everyone welcomes a lower unemployment figure. But increasingly, the headline unemployment rate has failed to measure true slack in the labour market, and has concealed other determinants of low wages growth.

In an age where workplace precarity was rarer, the headline unemployment rate and wages growth were entwined.

The calculus was simple: low unemployment was coupled with wages growth. The lower the headline unemployment rate, the tighter the labour market, which in turn drives employers to offer higher wages to attract staff within a smaller pool of job applicants.

While this orthodox theory hasn’t been entirely upended, the growing reality – in Australia and elsewhere – is that the headline unemployment rate is becoming decoupled from wages growth. Simply, we need to look deeper at both the nature of the modern labour market, and the policies that underpin it, to identify the barriers to wage growth.

The headline unemployment rate masks the impact of insecure work

Many Australian workers today are employed in insecure work. 42% of the workforce are casual, on fixed term contacts, or self-employed contractors or freelancers.

These forms of employment have metastasised throughout the labour market, and are now common in just about every industry.

In the public sector, rolling fixed term contracts mean that, even if you’re employed full time, the threat of job loss is ever present. 1 in 8 public sector employees are on fixed terms contracts.

If you’re a teacher, permanent work is harder to find.

If you’re a miner, it’s more likely than not that you’ll be employed by a labour hire firm rather than a mining conglomerate.

If you’re a fast food or supermarket worker, a university lecturer or a cleaner, it is more likely than not that you’re employed as a casual, or an ‘independent contractor’.

In the community sector its often the structure of government programs and how they are administered that is driving up rates of insecure work.

While each of these workers has a job, the nature of that employment is inherently insecure. It weakens that workers’ confidence to push for a better deal at work.

Then there is the gig economy – a vast, poorly regulated, sometimes hidden section of the labour market in which upwards of a million Australians work in to varying degrees, across the transport, food delivery and even aged care sectors.

Lower unemployment is certainly welcome, but it alone will not see Australian wages rise to the point where they consistently outpace cost of living pressures.

Government’s don’t dictate Australian wages. But they do bare responsibility for the policy settings which lead to either stagnant or growing wages.

The Coalition Government has overseen a policy ‘architecture’ that worked to keep a lid on wages.

In 2021, The McKell Institute published Stuck in Neutral, a policy paper that detailed key policy changes to wages that the Government either supported, or actively facilitated.

It identified seven policy choices that Government has made that has maintained downward pressure on wages, even during periods of relatively low unemployment:

In 2017, the Fair Work Commission decided to reduce penalty rate pay for almost half a million low-paid workers in Australia.

The Turnbull Government, at the time, made no efforts to alter this decision – not even producing a single submission to the FWC arguing against the decision.

Indeed, then Prime Minister Turnbull stated his support for the decision, in a 2017 interview. ‘We do back’ the penalty rate reduction he said.

2. Facilitating a surge in temporary workers

At the same time, the Coalition was overseeing one of the quickest surges in temporary migration in Australian history.

Australia is a proud migrant nation. Too often, however, the temporary visa system has been distorted so that many workers entering Australia do so in order to fill low-wage jobs, which keeps a lid on wages growth in key sectors.

We see this acutely in horticulture, where sub-minimum wages and wage theft are common. But this is prevalent in all industries, too.

While temporary migration increased, many of these workers are offered no pathway to permanent residency or citizenship.

This means their visas are tied to their employers, which creates a profound power imbalance between workers and their employers. This places downward pressure on wages across the board.

Permanent migration should be the backbone of our migration program as it yields long term economic benefits.

3. Taking no meaningful action on wage theft and underpayment

During the Coalition’s nine years in office, the scourge of intentional underpayment has grown in Australia.

The McKell Institute has notably identified the scale of this challenge.

Our 2020 report, Blue Harvest, exposed $3/hour wages in Australian horticulture and the determinants of such egregious underpayment.

But despite all the evidence, the Coalition has barely lifted a finger on wage theft. It has kept pressure on unions, limiting their capacity to aid workers on the front lines of exploitation. It has continued to underfund the Fair Work Ombudsman’s enforcement capacities. It has perpetuated visa regimes which limit the agency of workers, and empower nefarious employers. And it has refused to curtail rogue labour hire operators.

Why does wage theft lower all of our wages? Well, when hundreds of thousands of workers are vulnerable to a point where they are exploited, their employment does not necessarily add to the upward pressure on wages expected in high employment scenarios.

Were they empowered to bargain and to ensure they’re paid what they’re owed, this would put upward pressure on wages in vulnerable industries, benefiting all of us.

The FWC’s annual minimum wage review is an important feature of Australia’s wage setting architecture. Each year, the FWC considers the extent to which the minimum wage should be increased, knowing that in doing so, it will likely lift other award-reliant wages.

Routinely, the Coalition Government has cautioned the FWC against generously lifting the minimum wage.

In 2016, 2017 and 2019, the Government’s submission argued against substantive wage rises for Australia’s lowest paid. It demonstrates an antiquated ideological view that any increase on wages for the low paid will drive inflation, and cost jobs. But in this new economy, such thinking is outdated – and it is hurting those who can least afford.

Further, the Government has imposed public sector wage freezes, which peg wage rises within the Commonwealth Public Service to CPI.

These arbitrary and deeply political measures in the public sector directly impact wage setting in the private sector, ultimately placing downward pressure on wages throughout the economy.

6. Enabling the explosion of the unregulated gig economy

One of the marked changes in the Australian labour market during the Coalition’s nine years in office has been the rise of the gig economy.

The RBA has itself noted that the ‘restructuring of work processes due to technological progress’ and an ‘increase in contract work’ is ‘making workers feel less secure about their jobs and, in turn, they may be less inclined to push for larger wage increases’.

The gig economy is the frontline is this transformation. But it remains poorly regulated, with workers in this form of employment often paid less, with fewer entitlements compared to peers with more secure forms of work.

The Coalition has been reluctant to pursue any serious reform in this space.

7. Changing the ideological composition of the Fair Work Commission

Demonstrating the power of long-term incumbency, the Coalition Government has been successful in dramatically shifting the ideological balance of the Fair Work Commission during its period in office.

Without challenging the capacity of any individual FWC commissioner, it is clear that the Coalition has favoured appointees with certain backgrounds rather than those with direct experience worker and advocating for Australian workers.

This appointment schedule has changed the orientation of the FWC, which now looks like this:

The Coalition talks big on wages, but the record is clear

Despite the Treasurer’s claims on Tuesday, the wages forecast cannot be seen as a certainty.

To get wages moving consistently, structural reform of the labour market is required - changes that given workers more certainty in their job, and give them the confidence to bargain for a better deal. 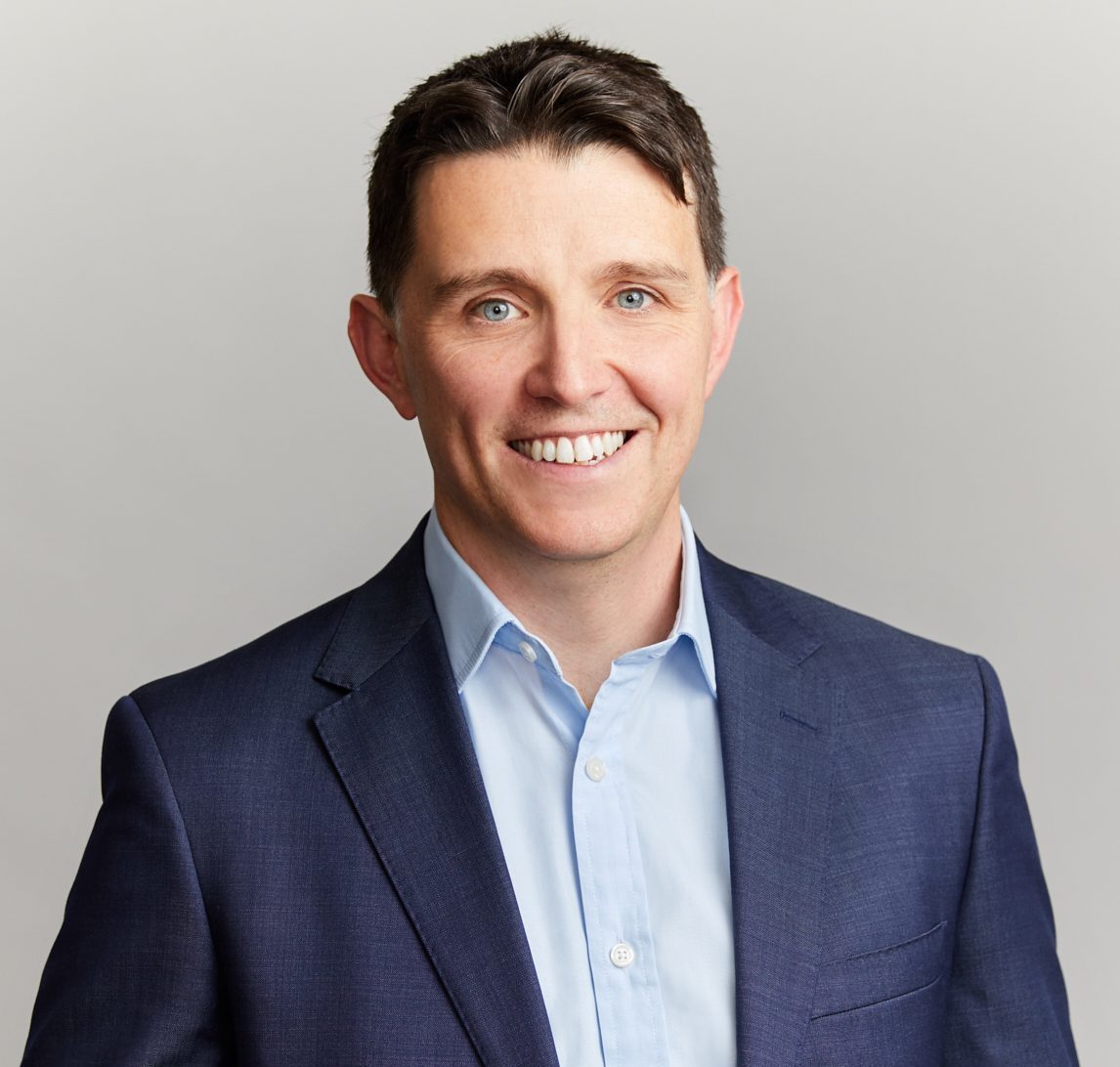