COVID-19: Ten charts that tell the story of Australia’s downturn 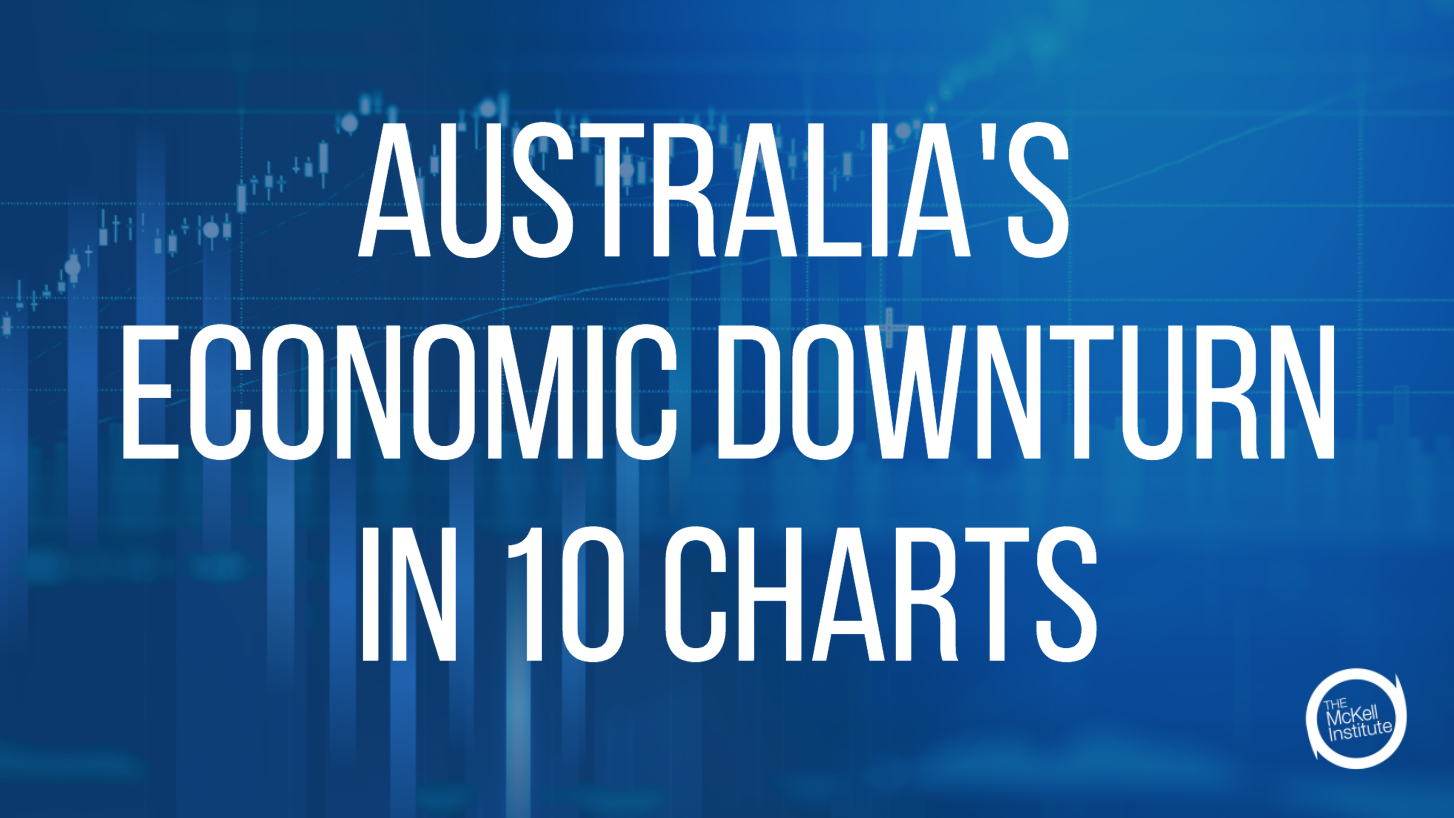 Australia’s world-leading health response to COVID-19 has been something to celebrate. Though the health challenges remain, policymakers now have the luxury of thinking about how to repair the economic fallout. The task will be immense.

While there are considerable lags in data telling the full story of Australia’s COVID-19 downturn, a picture is emerging of a significant recession that is impacting some more than others, and will have lasting consequences:

The jobs and wages impact is dire

It was common knowledge that the mandated closure of entire sections of the Australian economy would be disastrous for jobs. But looking at the raw data is still sobering.

While the jobs impact has been felt economy-wide, those working in hospitality and the arts have borne the brunt, with nearly a third of the workforces in those sectors now out of work:

It is a downturn that is affecting workers in every state:

Younger workers have been most directly impacted by a reduction in hours and jobs losses, due to their disproportionate rates of employment in the most impacted industries.

A bad sign for any looming recovery is the collapse in confidence in the economy by employers themselves. Though expected, the dramatic decline in new jobs ads in March demonstrates that it will be increasingly difficult for those who’ve lost work to re-enter the workforce, even if COVID-19 restrictions are lifted. Alarmingly, the jobs ads data only accounts for two weeks of the full restrictions – expect an even worse result when the full the April figures are released.

Unlike some countries, Australia doesn’t release weekly updates on the number of unemployed Australians seeking income support. However, Department of Social Services data tabled in a parliamentary hearing recently outlined just how many new JobSeeker recipients were flooding onto the system. The publicly available data is rapidly outdating, as thousands of new JobSeekers apply every day. The ABS expects the total number of new JobSeeker recipients to exceed one million.

The impact on superannuation is alarming

The ATO has estimated a total of $7bn has been withdrawn from Australian superannuation accounts, at an average withdrawal of $8330. If uniformly distributed across the country, the total loss of superannuation will be significant in every jurisdiction, with a total of 840,000 people estimated to have attempted to withdraw super.

The compounding effect of superannuation is well-known. While estimates vary, there is a broad consensus that a withdrawal of $10,000 in superannuation today would cost an average worker at least $45,000 in retirement.

Spending has fallen off a cliff – except for food

Retail spending numbers have been buoyed by a single consumption category that has done well in this crisis: food retailing.

We all experienced forms of panic buying over the past two months. But now we have the data to provide context to what we all saw on supermarket shelves:

But the increase in food retailing was offset by a collapse in discretionary spending. A decline in purchases of clothing and restaurant-meals were the inevitable result of forced closures, a collapse in consumer confidence, and more spending being allocated to the basics like food.

COVID-19 necessitated that the government raise income support to its highest ever rate. Prior to the crisis, Newstart (now JobSeeker) paid as little as $550 a fortnight – well below Australia’s poverty line of $457 per week. The JobSeeker payment (including the Coronavirus Supplement) effectively doubled that minimum income support payment, from $550/fn to $1100/fn. Though designed as an emergency measure, this heightened rate of income support is likely to be necessary well beyond the six month period it was originally intended to operate.

A cursory look at the history of Australia’s unemployment rate demonstrates that, while spikes in unemployment occur rapidly, recoveries take years.

The COVID-19 crash is different, in that there are a unique ranges of supports in place to maintain links between employees and employers. But it is likely more severe than any recent recession Australia has experienced – its scale only comparable to the Great Depression.

The Morrison Government, at the time of writing, remains committed to terminating the COVID-19 supplement at the end of Q1, FY2020/21 (end of September 2020). It is almost certain that Australia’s unemployment rate will not have returned to its 5.2 per cent pre-COVID level by then.

The result will likely be hundreds of thousands of Australian JobSeekers thrust into a form of poverty they have never experienced, with those who were already receiving income support unlikely to find it easy to return to employment in a slowing economy, and after long-term unemployment. This will be particularly acute for older Australian workers, many of whom have been withdrawing superannuation to meet living expenses, and might not return to the workforce at all.