Home Articles Only more women will fix parliament’s ‘culture’ problem. Here’s how to do it …

Only more women will fix parliament’s ‘culture’ problem. Here’s how to do it … 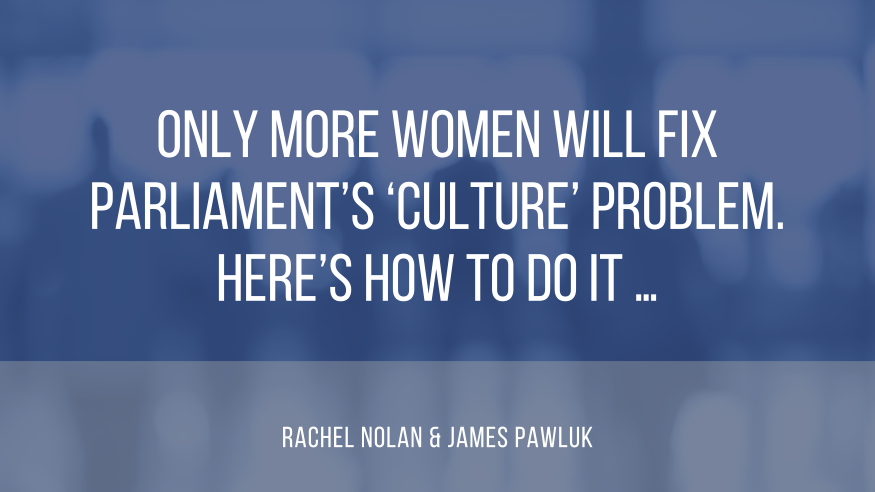 Since Brittany Higgins made her shocking allegation that she was raped at Parliament in 2019, a full blown debate has emerged about gender and the culture of Parliament – about female vulnerability, male entitlement and the essential lack of humanity of a place which views such an incident in the same way it views everything else, as a political problem to be managed.

So far the Morrison Government has tried to contain this as an amorphous cultural issue.  It moves the discussion from cover up – what did the Prime Minister know and when did he know it?  And it glosses over the partisan nature of the Australian Parliament’s gender problem – the fact that female representation in the Labor Party is twice as high as it is in the Coalition.

This paper seeks to explore the issue of gender in the Australian Parliament on the basis of hard data and to present a structural solution which would fix the problem.

The history of women’s representation in Australia

In the early years of Federation, Australia’s self image was as a land of optimism.  Penned in 1878, Advance Australia Fair described the new country as “young and free,” a fitting description for a place that in 1902 was to became the second country in the world (behind New Zealand) to give women the right to vote.

Australian women’s suffrage arose from youthful optimism but it also resulted from a well organised campaign.  Organisations such as unions and the decidedly progressive Women’s Christian Temperance Union promoted petitions and campaigns through the 1880s and 1890s such that when the new nation federated in 1901, two of its colonies, South Australia and Western Australia, had already franchised non-Aboriginal women.

The enfranchisement of South Australian women, introduced by a Labour Government in 1894, had been particularly significant both because it was the first time in the world that women were allowed to vote in Parliamentary elections (women ratepayers had voted in local government elections in Victoria and South Australia in the 1850s and 60s[1]) and because it also granted women the right to run for office.[2]

Women’s representation in Australia is falling behind the world

The International Parliamentary Union began comparing national Parliaments by women’s representation in the late 1990s.  In the first survey, 1997, Australia fared creditably at 27th, ahead of the usual comparators Canada (40th), the USA (41st) and Britain (50th) but well behind New Zealand at 6th.

In 1999, five years after the Australian Labor Party introduced quotas for women’s representation, Australia had moved up the global rankings to 14th.  At the time that standing was seen as a mark of progress.  In retrospect it was a high water mark.

In the years since the 1998 federal election at which 33 women were elected (22% of the House of Representatives), Australia’s Parliamentary representation has improved but it has done so at a far slower rate than progress in other countries.

Today, as a gender based scandal rocks the federal Parliament, there are 47 women in House of Representatives, 31% of the total.  Australia’s global ranking is 50th.

The United States has mirrored Australia’s slide down the global rankings, though starting from an even worse 41st in 1997 and reaching as low as 104th before the last two congressional elections brought it back up to 66th.  Notably, New Zealand turned its slide around.  Having started at 6th position, it fell to 39th by 2016 but steered its Mixed Member Proportional (MMP) Parliament dramatically around at the 2020 national election, electing a huge influx of women in the Labor landslide and jumping to 4th in the global rankings.

While Labor has trod delicately through the current political debate – with even its own rising star, Shadow Minister Clare O’Neil lamenting the lack of “serious and genuine self reflection” on the part of the male leaders of “both major parties”,[4] the fact is that the gender imbalance that underlies a negative culture for women is far greater in the governing Coalition parties.

It was not ever thus.

While the first women ever elected to Federal Parliament represented each of the major parties; Enid Lyons of the United Australia Party (later Liberals) and Labor’s Dorothy Tangney were elected to the House of Representatives and the Senate respectively in 1943, the fact is that in the early days of women’s representation, the conservative parties led.

With Menzies’ Liberal Party Constitution enshrining a “separate but equal” structure of women’s branches and organisational offices reserved for women, the Liberal Party was far more successful at seeing women elected to the Federal Parliament between the 1940s and the 1970s.

Two of the first three women elected to the House of Representatives were Liberals, the other being the Independent Labor Member for Bourke Doris Blackburn in 1946.  While Labor produced the first woman Senator, Dorothy Tangney served alongside five female Liberals but not a single other Labor woman in the 25 years she spent in the Senate to 1968.

The second wave of women’s representation followed the second wave of feminism.  The first Labor woman, Joan Child, was elected to the House of Representatives in 1974 but lost in 1975.  Re-elected in 1980, she was joined between that election and 1984 by the next seven women, all of whom were Labor.  Child stands at the start of a trend that has seen continual, generally growing female representation since 1980.  After the 1977 election there were no women in the House of Representatives.  It’s 30% now.

On both sides of politics, the largest improvements in female representation have come in periods of opposition.  For the Coalition it was in 1996 when John Howard’s landslide victory collected 29 seats, and 48% went to women.

In 1998, the swing back to Labor netted the party 18 seats, of which women captured two thirds.  They maintained this proportion all the way back to government in 1998 lifting the female share of MPs to 32.5%.

Now, the starkest element of Australia’s current female Parliamentary representation is the marked divide that exists on party lines.  Since the Eden-Monaro by-election, 42.6% of Labor MPs are women compared to 19.5% on the Coalition benches (21.3% Liberal, 12.5% National)[5].

While Labor, after a long internal debate, introduced quotas for female representation in 1994[6], both the Liberal and National Parties have maintained that “merit” alone will decide their pre-selections.  Prime Minister Morrison affirmed this position on International Women’s Day in 2019 when he said ““we don’t want to see women rise only on the basis of others doing worse”[7].

Setting aside a discussion of the merit of all 62 male members of the Coalition’s Lower House benches, the Labor experience creates a demonstrable fact – that affirmative action works.

Returning to the global rankings, if Labor at 42.6% female representation were a country, it would rank 18th behind Spain and Senegal.  The Coalition meanwhile would come in at 120th, with Saudi Arabia one place in front.

A larger lower house could provide a fix

If we accept the Coalition’s stated position that women MPs are good, that culture change is necessary but that affirmative action is out, then the discussion necessarily changes to other ways in which Parliament’s gender balance could be fixed.

With this paper, we proposed a relatively simple fix : expand the size of the Parliament and have the major parties agree to pre-select women in the newly created seats.

Our analysis shows the addition of 60 House of Representatives seats, from the current 151 to 211, could ensure Australia sees an immediate jump to gender parity.  And it would do so without the difficult consequence of affirmative action in a static system, that some men do stand aside for women.

A larger, gender balanced Parliament would look like this:

Since these changes could be made through amendments to the Representation Act 1983 and the Commonwealth Electoral Act 1918 and don’t require a referendum, the good news is this is something the current can parliament can get on and do ahead of the next election.  It just needs to be a priority.

The expansion of the Parliament would have the added benefit of making federal electorates substantially smaller, thereby reducing the distance between Federal MPs and the people they represent.

At Federation there were 50,266 Australians to every local MP.  In 1984, the last time parliament was meaningfully enlarged to accommodate population growth, the ratio was 1 MP for every 105,000 Australians.

Since that time Australia population has increased by 66% but under the legislated formula only three new seats have been created, meaning the ratio has now reached 170,782 people per MP.  The growing problem of malapportionment, where all votes aren’t actually equal, means the biggest seat represents 223,820 Australians while the smallest represents 102,079.

When you look at countries around the world with similar or higher ratios, it’s reasonable to ask whether large constituencies lead to healthy outcomes.

Countries with more inhabitants per MP than Australia

The main reason why the House hasn’t been increased since 1984 is because the constitution would require the Senate to be increased as well, and the major parties have not wanted to lower the quota and make it easier for minor parties to be elected.

Of course, the declining primary vote of all major parties, particularly in the Senate, means that has happened anyway and we are now at a point where a lower quota would produce less ‘random’ outcomes and enhance party stability and accountability.

It might be hard to get voters excited about the idea of there being more politicians. The underlying reality is that Australia now has more political players than ever before as staff numbers have risen instead to help MPs cope with their growing constituency workload.

But unlike MPs themselves, these players are behind the scenes where they are accountable to their boss rather than the public and, as this past fortnight has highlighted, where they themselves are vulnerable and lacking protection.

There will be other important changes that will come out of the various reviews, but we don’t need to wait for them to recognise the benefit that would flow from injecting 60 additional female MPs into the House of Representatives.  This is a once-in-a generation opportunity to refresh the face of our democracy and to show all our sons and daughters that in this great country, they are free and genuinely equal. 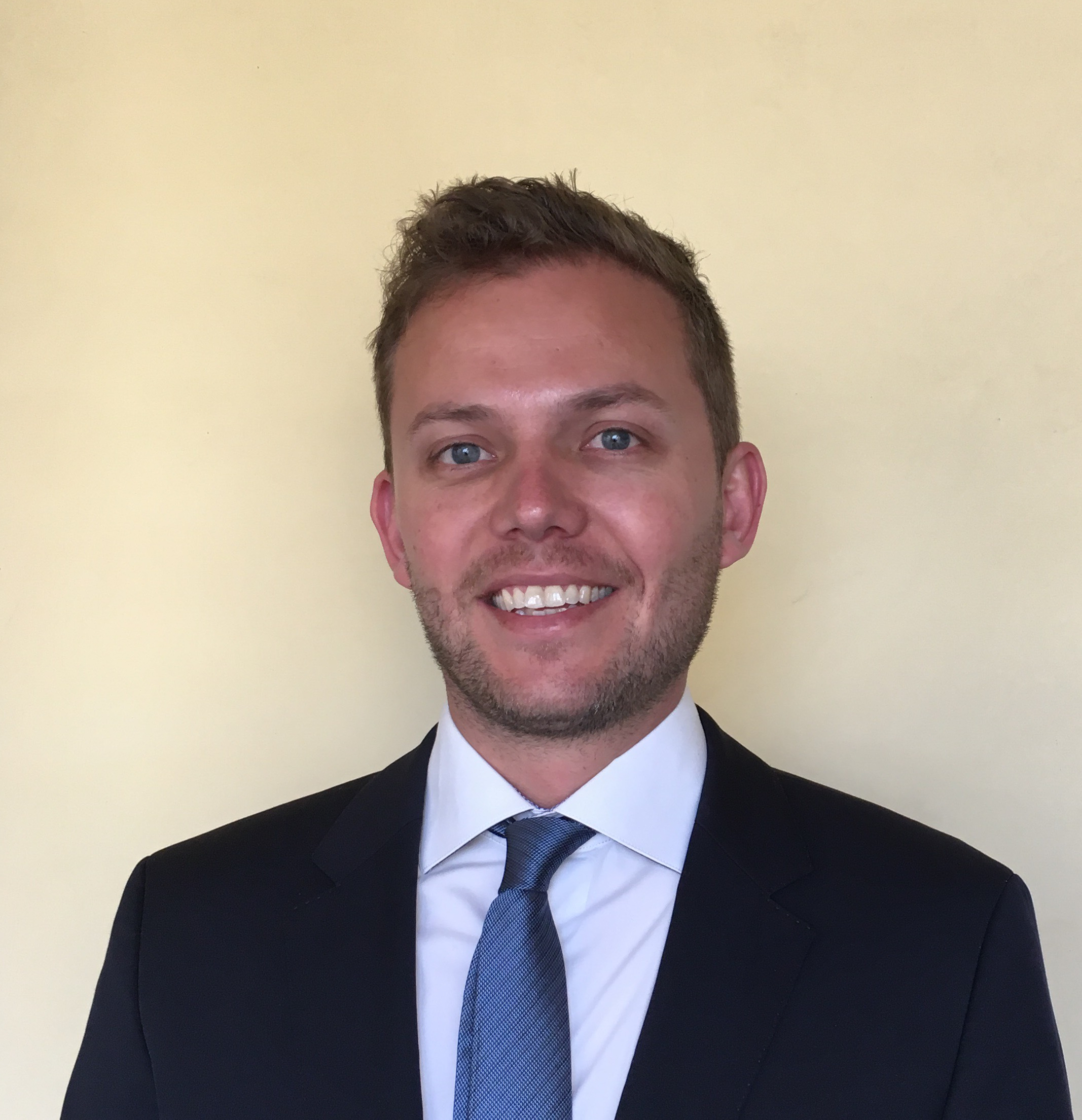 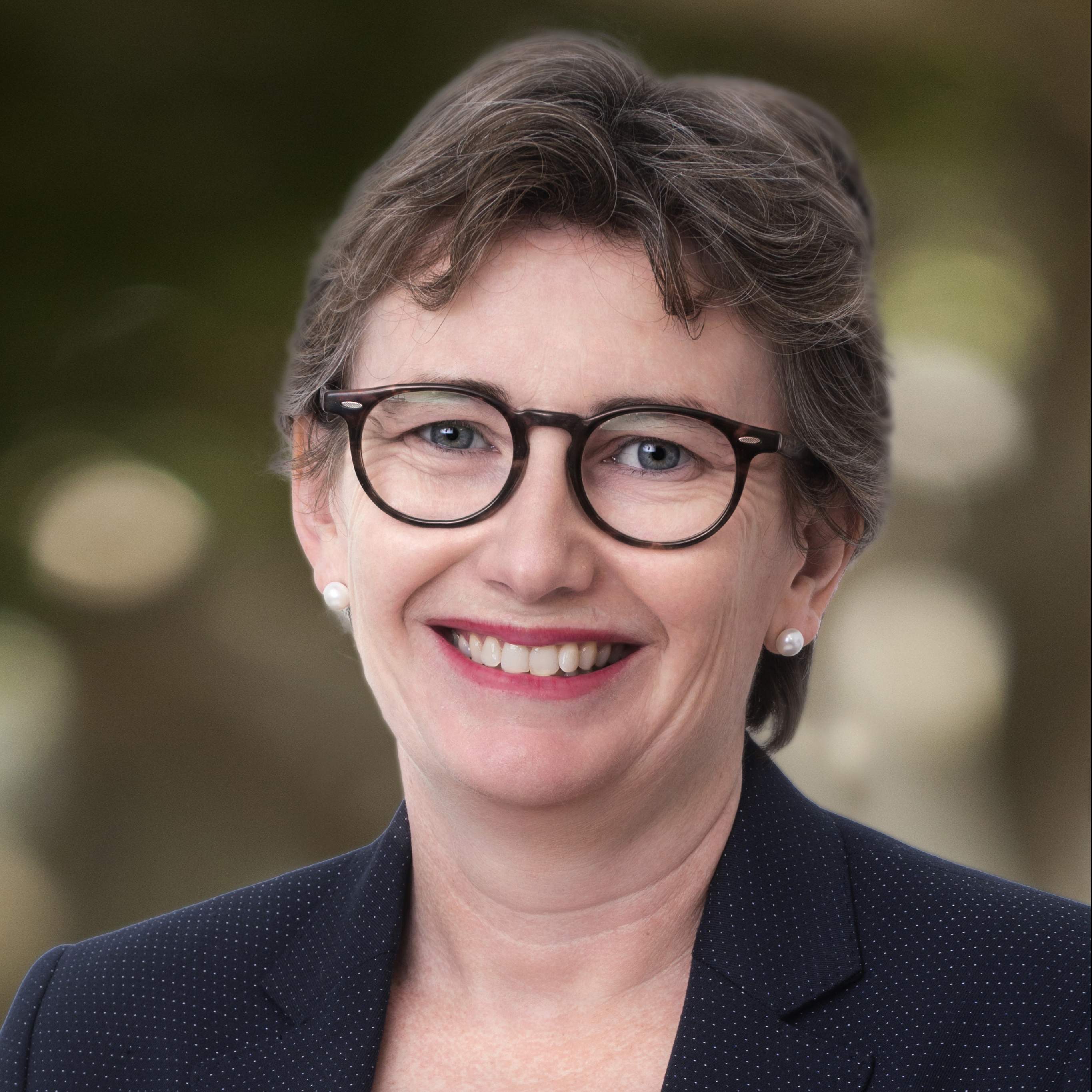