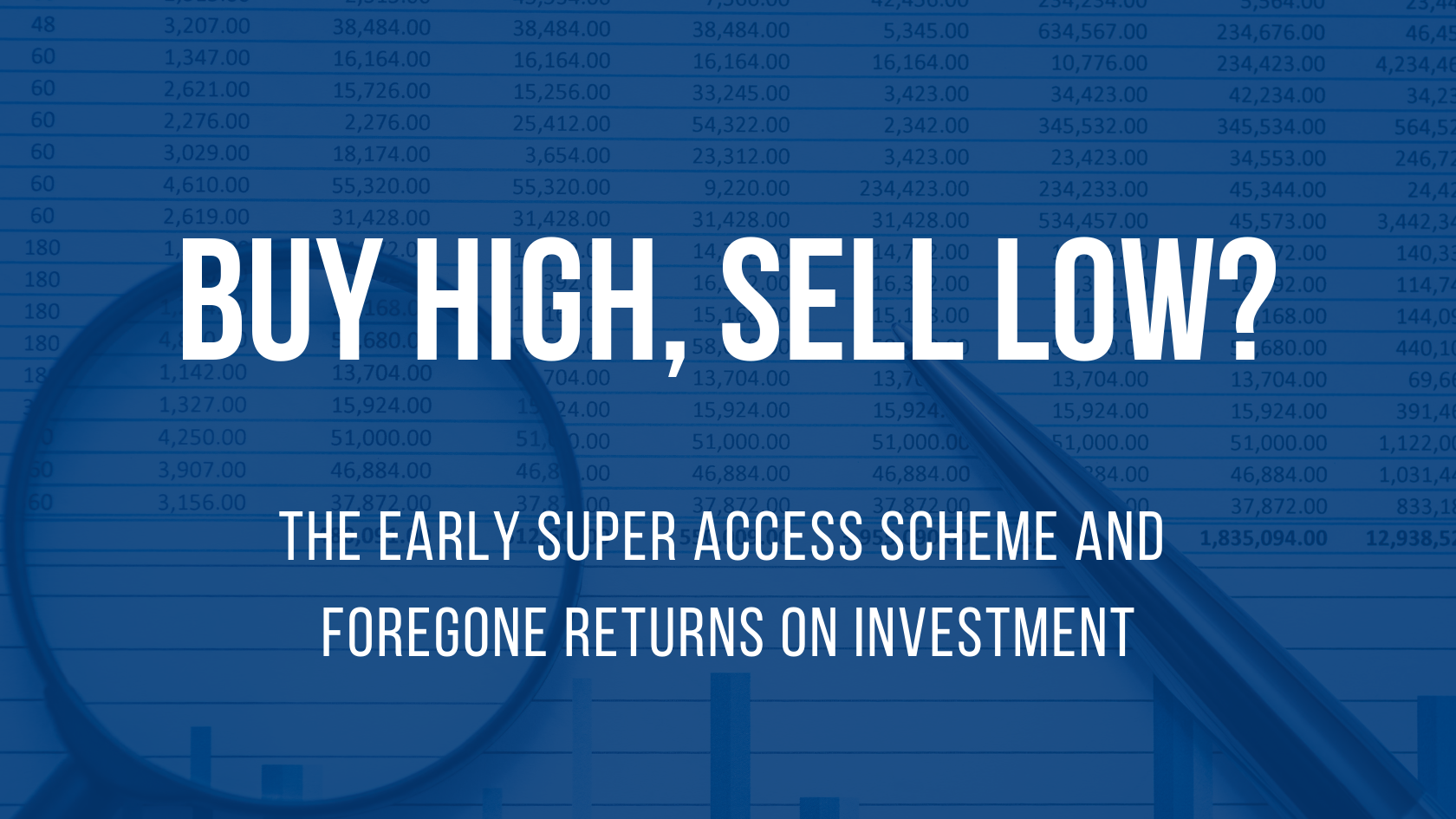 In response to the COVID-19 pandemic, the Government allowed individuals affected to access up to a total of $20,000 of their superannuation. During the course of 2020 over 3 million Australians withdrew a total of $36.4 billion out of the super accounts.[i] The McKell Institute has always been sceptical of the welfare scheme, in March the Institute published 9 reasons why accessing super early is a risky idea. A key reason why was our concern that the policy drives people to sell at the bottom of the market. Unfortunately– that appears to have been the case.

Why some Australians withdrew their super

During the course of the scheme, there was concern that the early access to super was used on gambling,[ii] as well as other purposes that the scheme wasn’t intended for.[iii] According to ABS data published last month,[iv] early access of superannuation was utilised by Australians for paying their mortgage, rent, bills, or paying down person debt obligations.

The ABS, and the Government, greeted this statistic with celebration as a demonstration of the necessity of the scheme. However, The McKell Institute believes that these statistics are problematic. Australians shouldn’t have to withdraw from their super to meet these financial obligations. If Australians were struggling with mortgages, bills or credit cards– then there should have been economic stimulus and a secure social safety net to provide for them.

Australian super funds, like the Australian economy generally, have made a healthy recovery from the lows of the pandemic. Compared to January 1, 2020– most leading super funds have now recovered up to 20% higher than that position, recovering from a temporary decline of 10-15% during the COVID-19 pandemic. This bounce-back has been described as ‘remarkable’, and part of an ongoing trend of economic recovery.[v][vi]

The investment performance in this chart represents an average of three of Australia’s most popular super funds. As shown, the early access to superannuation scheme was open for withdrawals in late April 2020, during the few months at the bottom of the market.

Australians who made super withdrawals have foregone this market gain

As such, any Australian who took part in the early access of super scheme has foregone any potential capitalisation on this market recovery for the amount that they withdrew.

According to ABS figures, the average withdrawals were $7,728 and $7,536. McKell Institute estimates calculate that if an individual withdrew these figures at their first opportunity, they have foregone $2,420 in returns from market growth.

Similarly, an individual who withdrew the maximum allowable of $20,000 has already foregone $3,164 of additional savings. Another way of conceptualising these early withdrawals is that these individuals have taken credit with ~15% interest. In order to restore this money to their superannuation accounts in 2021, they will have to make a voluntary contribution that is 15.8% higher than the amount that they withdrew at.

In total, from the $36.4 billion that was withdrawn from superannuation early, a total of $4.71 billions of market gain has already been lost.

What the Government should have done instead

The first thing that the Government should have done is offer more targeted Government assistance programs to those in need, rather than giving them the option of paying off their super. Even if this would have required a higher amount of Government debt, the Government currently has the ability to borrow money for effectively little to no interest.[vii] As such, it would be far more equitable for the government to have withdrawn

Alternatively, to do this, the Government should have enforced with banks, landlords, lenders, financial services and utility companies to offer deferred payment schemes to all customers. The banks themselves offered mortgage holidays, and State governments implemented moratoriums with regards to residential tenancy.[viii] However, more should have been done to avoid the necessity of Australians withdrawing from their super. Even if Australians were able to take out a loan in 2020 with an (astronomical) interest rate of 10%, this would have resulted in less foregone personal wealth than the early access to super scheme.

For instance– in Sarah’s case, if the Government offered $15,000 in direct payments to her, it would pay little interest back and Sarah’s super would be unaffected. Alternatively, it could intervene in tenancies and enforce a rent deferral scheme. Further, even if Sarah took a personal loan, she’d still be better off in a better financial position.

The losses will compound

It’s well known that superannuation invested early will multiply by retirement age. Therefore, $2000 in lost interest today could well become $5,000 by retirement age, according to modelling by Super Consumers Australia.[ix]  The lost investment growth calculated in this article is only the beginning of resulting losses from the early access to scheme. This is a particularly pronounced as young workers were the most likely to embrace the early access scheme.[x] As such, The McKell Institute believes that almost any option for providing welfare to Australians would have been better than this. 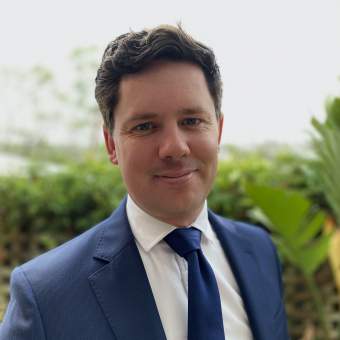 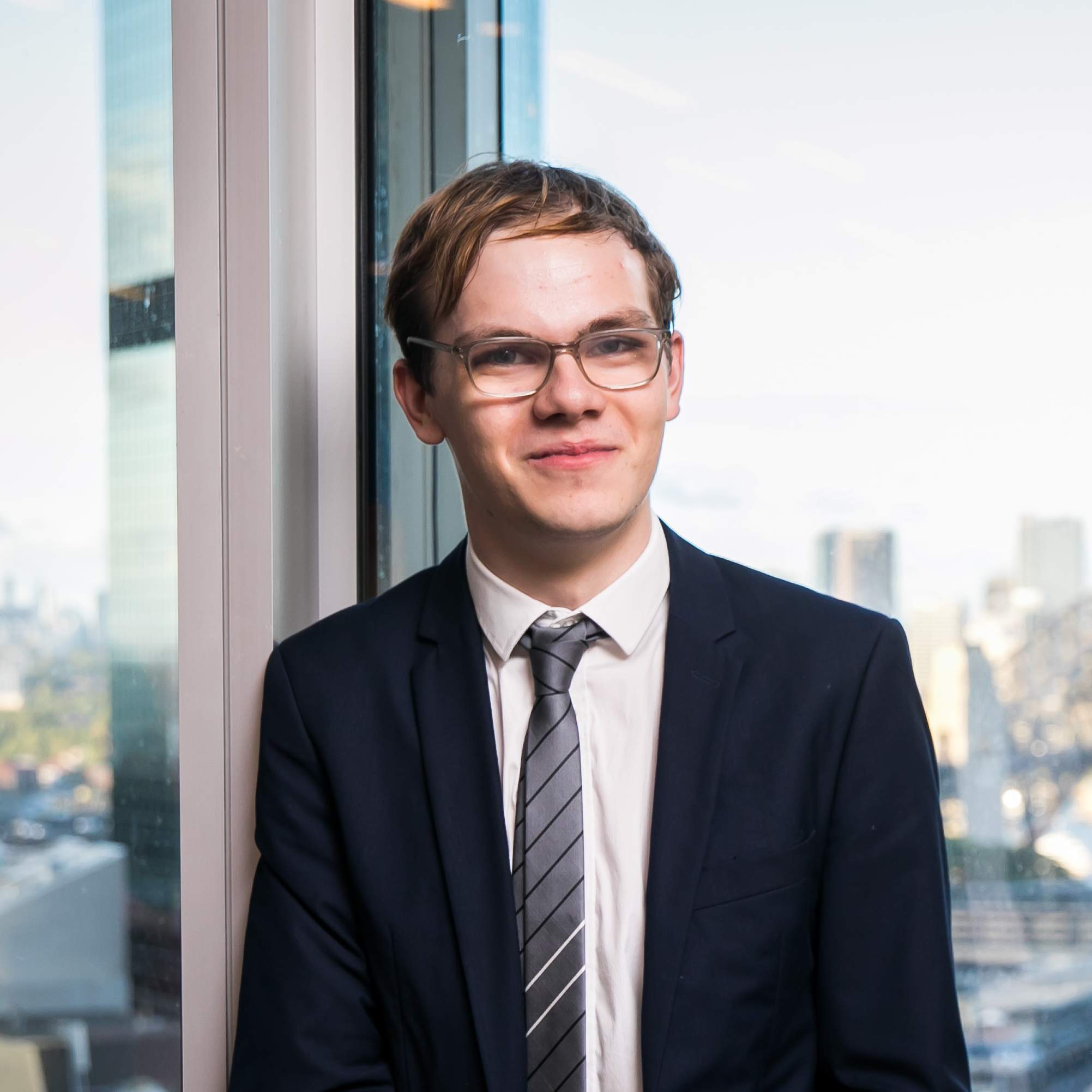