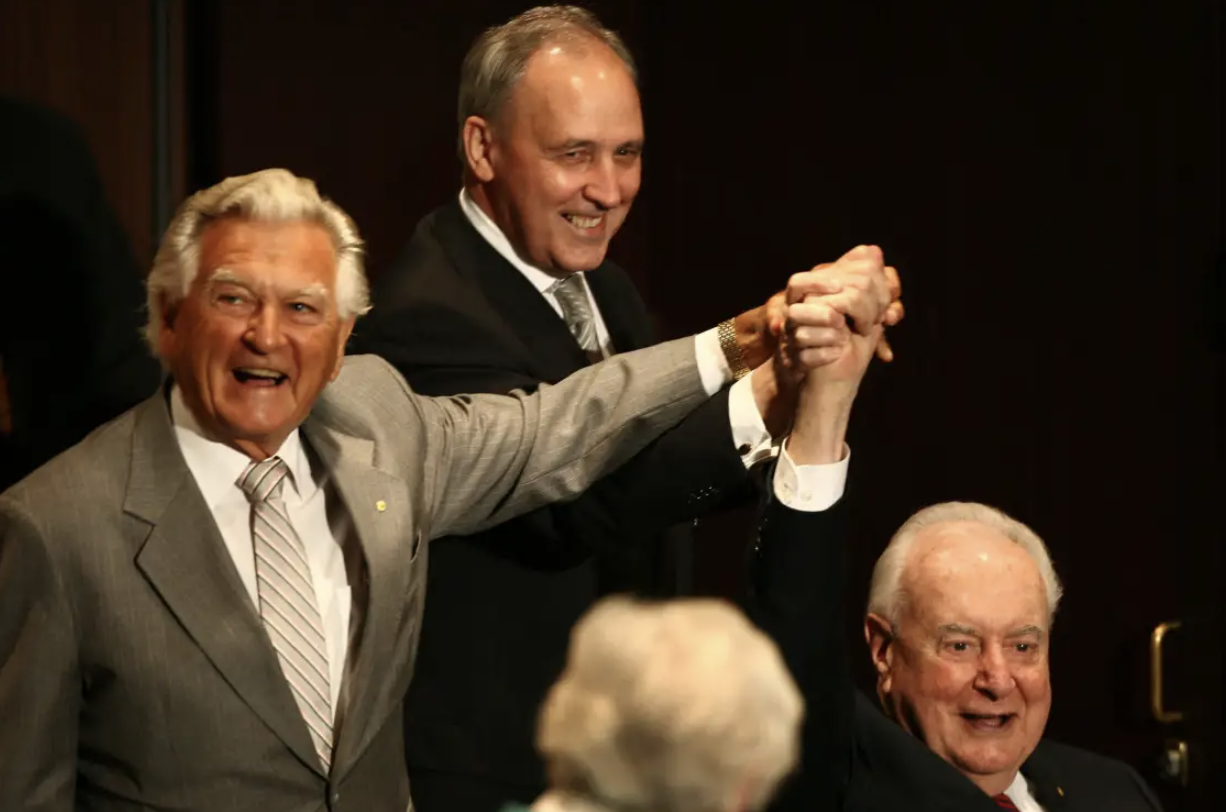 By Craig Emerson. Published in the Financial Review.

As an adviser during the Hawke-Keating era, I yearn again for a government that is not merely transactional but is enthusiastic for a better country.

My new book, Life in the Hawke Office, available at the McKell Institute, is not just a trip down memory lane, describing the fun we squeezed in between our grinding work commitments. It conveys the energy of a government that set about the task of modernising the Australian economy.

In the book, I quote Paul Keating in his car as we travelled to share reflections with Bob Hawke in his twilight days: “Mate, we were ambitious for Australia.”

It’s a statement every Australian would reasonably expect of its government.

Hawke, Keating and their colleagues – supported by a highly competent public service – designed and implemented a comprehensive economic reform program to lift productivity growth out of the doldrums, broaden the tax base to cut the high tax rates, and enmesh Australia’s economy with Asia’s.

Through the proceeds of growth, they introduced enduring social reforms in Medicare, payments to families to alleviate poverty, and financial support for disadvantaged families to keep their children at school through Year 12.

Economic growth also funded the workforce transitions needed to protect the ecology of the world’s oldest continent, as logging of virgin native forests was phased out in Tasmania and the Queensland wet tropics. And Hawke and Keating led Australia’s successful international campaign to protect Antarctica from mining.

But what is its plan for the economy when the second bounce back is over?

Contrast that reforming zeal with the transactional Morrison government.

How do we know it’s transactional? In rejecting Nick Xenophon’s proposal that the two of them discuss policy ideas over a cup of coffee, Scott Morrison explained: “No, mate. I’m purely transactional.”

Morrison could claim the pandemic has prevented his government from embarking on economic reform. Certainly, it would have absorbed most of any government’s energy.

But just a few months into the pandemic, I warned of a W-shaped economic trajectory if the government withdrew fiscal support prematurely; a recession, followed by a bounce back, but then another contraction and a second rebound.

Following the NSW government’s refusal to lock down early when it knew the delta variant had been spread in Sydney by an unvaccinated, unmasked limousine driver – a decision strongly supported by the Prime Minister – I warned again of a W-shaped recovery.

Now, economists are expecting a W-shaped recovery to be confirmed in the September quarter national accounts to be released on Wednesday. The national accounts will quantify the economic damage from a government decision to live with the virus when vaccination rates had been retarded by a tardy federal government vaccine rollout.

As the economy inevitably bounces back from this second economic contraction in two years, the Morrison government will claim the rebound as the fruits of its strong economic management.

But what is its plan for the economy when the second bounce back is over?

Apart from some useful microeconomic reforms being overseen by Public Service Minister Ben Morton, it’s all quiet on the reforming front.

We know the nation’s fiscal position is unsustainable, the latest intergenerational report projected budget deficits for the next 40 years.

Morrison is not a small-government Liberal. He spends big, appropriating taxpayers’ money as his own party’s. Nor is he a free-market Liberal, happily intervening in energy markets wherever it suits his political purposes.

Morrison’s ambition is to return Australia to its pre-pandemic state, where three-quarters of GDP growth stemmed from population growth, mostly immigration.

Productivity growth had flatlined, wages barely kept up with inflation and workers were forced to compete for jobs with low-skilled temporary visa holders and labour-hire contractors.

In the absence of ambition for Australia, the Morrison government is seeking to engineer another khaki election, as Liberal governments did during the Vietnam war and the Iraq war, this time pre-committing to a war against China and portraying Labor as being on China’s side.

Labor will win the coming election if it sets out and backs in a vision of a modern Australia built by highly skilled workers rewarded with high wages earned in secure jobs, where women’s aspirations and efforts are properly recognised, as the nation capitalises on the investment opportunities available from the global energy transition.

But whichever party forms government in 2022, my final observation in Life in the Hawke Office is again to quote Keating as we headed to see Bob for some final photos and reminisces: “We were always trying, mate.”

We can only hope the new government tries not just to remain in office but is ambitious and energetic on behalf of the Australian people who elected them.