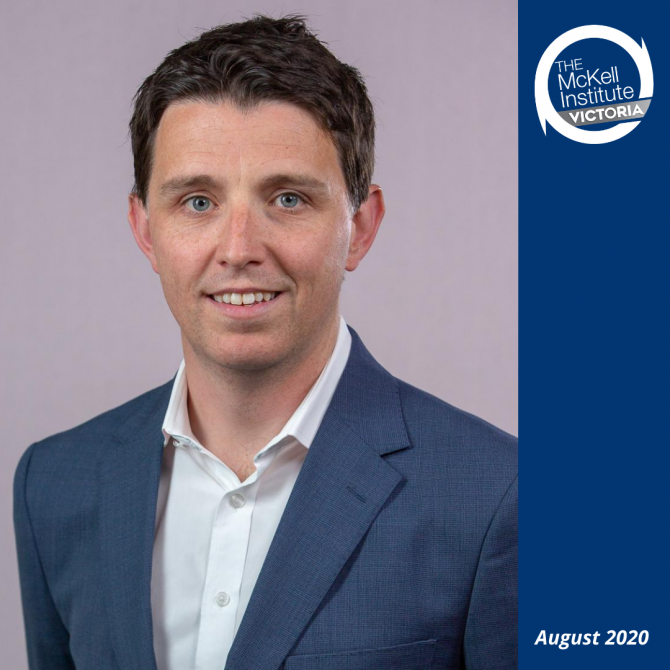 “Since launching in 2017, I’m tremendously proud of the role the McKell Institute Victoria has played in advancing the policy debate,” Mr Pawluk said.
“The emergence of superannuation funds as universal owners will be a major focus,” Mr Pawluk said.

“It opens the door to more effective self-regulation by the private sector and with it an opportunity to find greater bipartisanship in superannuation policy.”

Ryan Batchelor has extensive public policy experience at the Commonwealth and State level. He served as Policy Director to Prime Minister Julia Gillard, as Chief of Staff to Minister Jenny Macklin, and as a senior executive in the Victorian Department of Premier and Cabinet. He also holds a Masters degree from the University of Cambridge. Mr Batchelor said he was looking forward to steering McKell Victoria into an interesting period for policy development.

“While the current environment is challenging in so many respects, it’s also an exciting time to be involved in the business of policy ideas,” Mr Batchelor said.

“Suddenly options are on the table that may not have been a year ago, and there is a receptiveness to hear about big picture ideas.

“Victoria’s recovery from COVID-19 is a chance build upon Victoria’s progressive foundations, and make sure our economic recovery also strengthens our entire community. I think the McKell Institute Victoria has a tremendous capacity to contribute to the policy debate and I’m greatly looking forward to the challenge.”

The McKell Institute Victoria was launched by Premier Daniel Andrews in 2017, with the Hon Steve Bracks AC as its inaugural Chair. Now serving as Patron, Mr Bracks welcomed the new appointments.

“This is an incredibly important time for Victoria. Our community and economy are facing unprecedented challenges. These new appointments will allow the McKell Institute Victoria to make more valuable contributions to the public policy debate.”