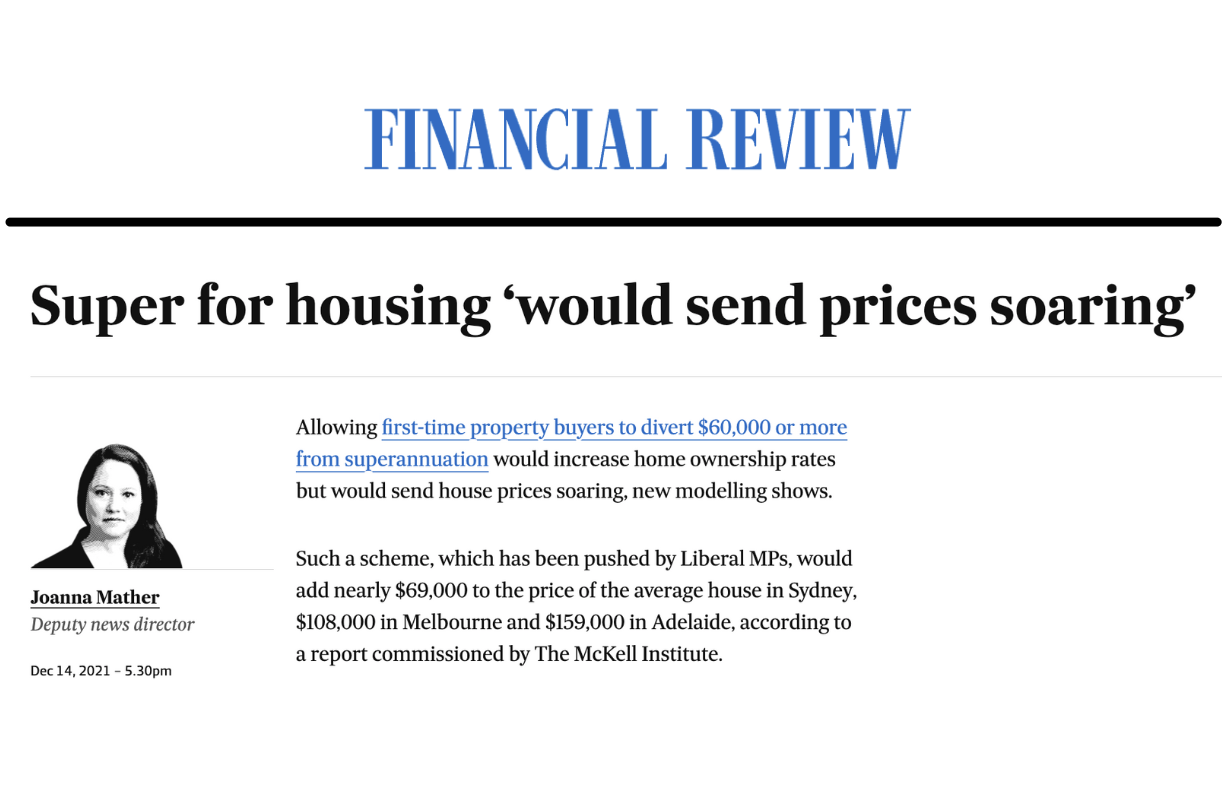 Such a scheme, which has been pushed by Liberal MPs, would add nearly $69,000 to the price of the average house in Sydney, $108,000 in Melbourne and $159,000 in Adelaide, according to a report commissioned by The McKell Institute.

McKell asked academics from the University of South Australia to model the effects that early access to a larger portion of super might have on home ownership rates and house prices. Their simulations are based on the assumption that the flow of home loan finance into housing influences housing price growth.”