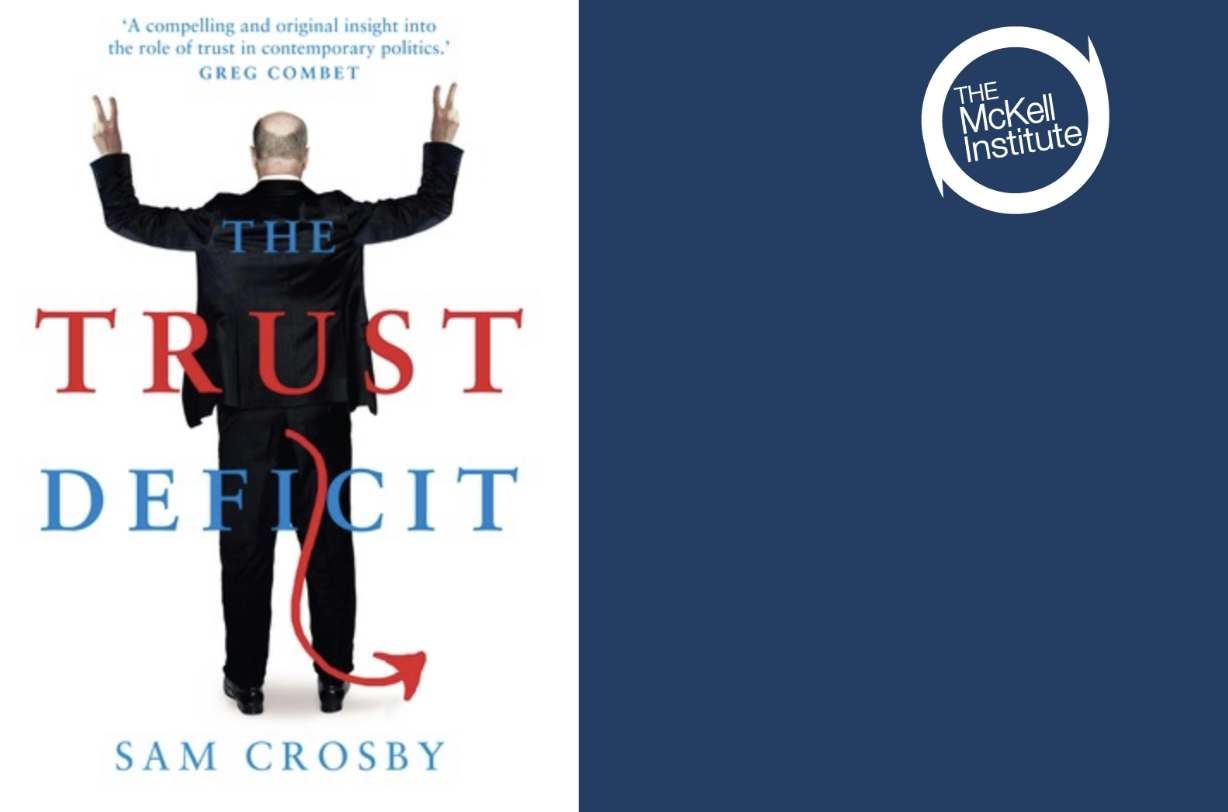 About ‘The Trust Deficit’

Trust is the most powerful weapon in the political arsenal.

It can pierce an opponent’s armour or deflect the most ferocious attack. It can explain difficult policies, and become a well of goodwill for politicians when they need it most. Yet despite its great value we are resigned to the idea that trust in politics will continue to decline.

Drawing on contemporary political stories and examples, The Trust Deficit shows us how faith in our politicians has been eroded and how it can be rebuilt. Julia Gillard’s pledge that there wouldn’t be a carbon tax and Tony Abbott’s promise of no cuts to health or education saw a collapse in their governments’ levels of support.

By breaking trust down to its elements—reliability and competence, openness and honesty—we see how recent leaders like Howard, Rudd, Obama, Baird and Beattie established trust and used it to their political advantage.

Sam Crosby is the executive director of the McKell Institute and has worked in senior roles in government, business and the trade union movement.

He lives in Sydney with his family and tweets as @SamPCrosby.