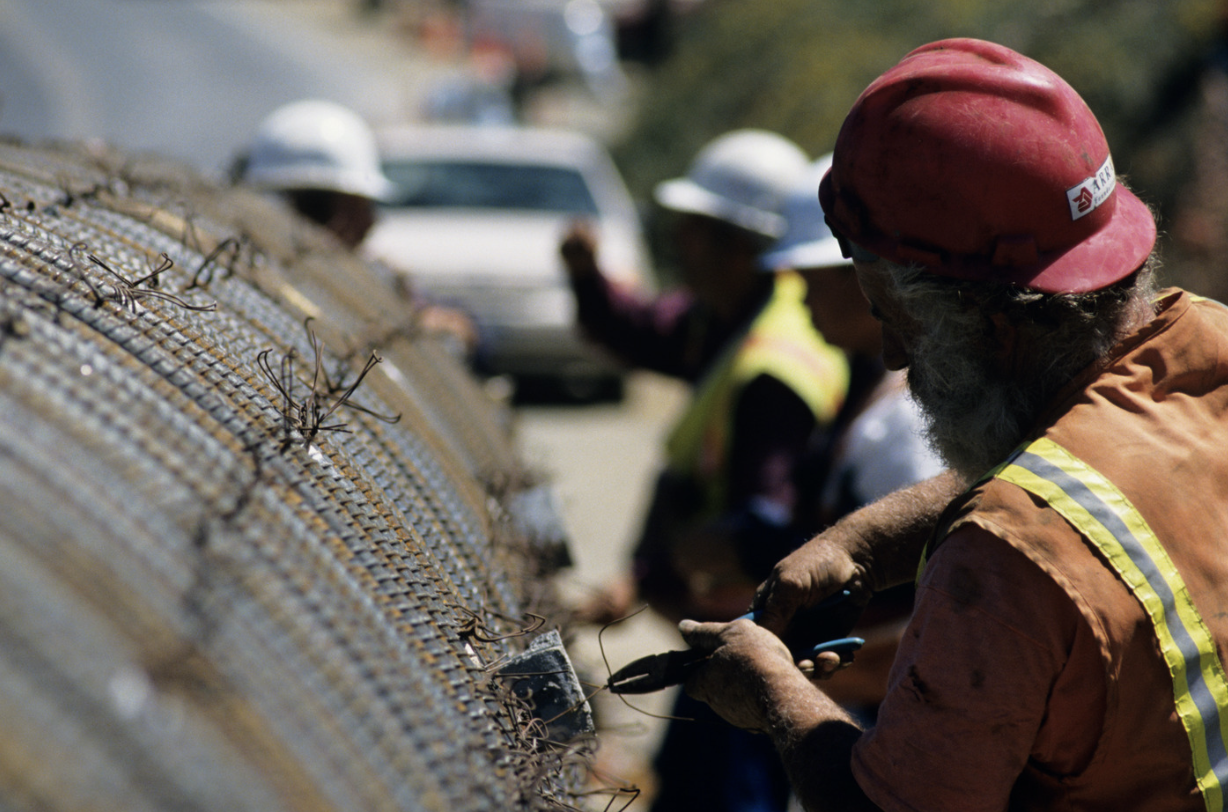 Paul Karp reporting on The McKell Institute’s ‘Unfounded and Unfair’ report for The Guardian.

The federal building code attached to the Australian Building and Construction Commission bill would decrease apprentices on building projects and increase workers on 457 temporary skilled worker visas, the McKell Institute has said.

The progressive thinkthank has produced an analysis of the building code reframing it as “highly prescriptive red tape” that could increase strikes because existing agreements must be renegotiated.

The code, if passed, would stipulate that construction companies cannot bid for government work unless they exclude a wide range of otherwise legal clauses from industrial deals.

The McKell report notes the code bans common clauses including those that: ensure subcontractors and their workers are paid the same as other employees on site, limit the number of ordinary hours worked per day, guarantee rostered days off including public holidays, discourage discrimination against mature workers, and set stable rosters.

It said “the only instrument that guarantees the number of apprentices to a workforce can be found in suitable enterprise agreements that mandate safety and apprenticeship ratios”, a practice the code would ban.

The report argues that since the cost of training apprentices outweighs their output for the first two years, the building code will encourage employers to source skilled labour from overseas instead.

Companies that choose to train Australian workers “are at a competitive disadvantage compared to those who avail themselves of the 457 [skilled temporary work visa] worker”, it said.

The code would apply to enterprise agreements struck after 24 April 2014, which gives it retrospective effect because it bars builders from government work based on deals struck before the code was in place.

The McKell report said that, in order to comply with the code, some building companies would need to renegotiate their workplace deals which “could lead to further and significant industrial disputation”.

Decreasing industrial action is one of the government’s main objectives in reinstating the ABCC, which it says will help boost productivity in the sector.

The McKell report argued the ABCC and building code were unnecessary because “the productivity of the building and construction sector still outpaces most other sectors and the industry is still healthy and growing”.

It said since the ABCC was abolished in 2008 labour productivity in the construction sector has grown annually by an average of 4.81% and in the heavy and civil engineering sector it grew by 6.38%.

“This compares to the average for all industries of 3.52%,” it said.

The McKell report argued the code would make work sites less safe because it banned the practice of inviting an officer of a building association or union on site except where they were exercising statutory rights to check work health and safety complaints.

The report said the code would “disproportionately affect women, older workers and unions” because it banned any form of affirmative action for certain categories of workers and banned union presence at staff inductions and safety talks.

Employment law expert and Adelaide law school professor Andrew Stewart has told Guardian Australia the code is a source of significant concern in the construction industry.

“Virtually every major builder will be non-compliant,” he said, in reference to the broad range of deal content barred by the code and its retrospective effect.

He said the code could be changed to only bar agreements struck after it passed, in which case it would have “minimal practical effect”, or it would apply retrospectively and “force building companies to renegotiate their enterprise agreements simultaneously causing industrial mayhem”.

Stewart said the code barred “any clauses with any impact on productivity, or the right of companies to manage their business”.

“It essentially gives [Fair Work Building and Construction director] Nigel Hadgkiss or whoever is the director of the ABCC discretion to object to any union agreement on a very wide number of bases.”

The McKell report noted that the code was silent on whether builders with poor safety records, a history of bankruptcies and “phoenixing” activity should be excluded from government work.

Although the code is currently attached to the ABCC bill, the McKell report suggests that, since it is a regulation, it is still subject to disallowance by the Senate.